New York–Indian-American hotelier, Chandubhai Patel, has been convicted in a scheme to underpay workers at two of his establishments, a federal prosecutor announced said.

The Labour Department found in 2014 that he had paid his employees at hotels in Battle Creek and Coldwater in Michigan less than the legally prescribed minimum wages and he signed an agreement with the department to pay his workers the amount he had underpaid them, the prosecution said.

If sentenced, Patel could be asked to pay his workers and sentenced to a maximum of five years in prison. (IANS) 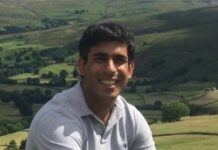