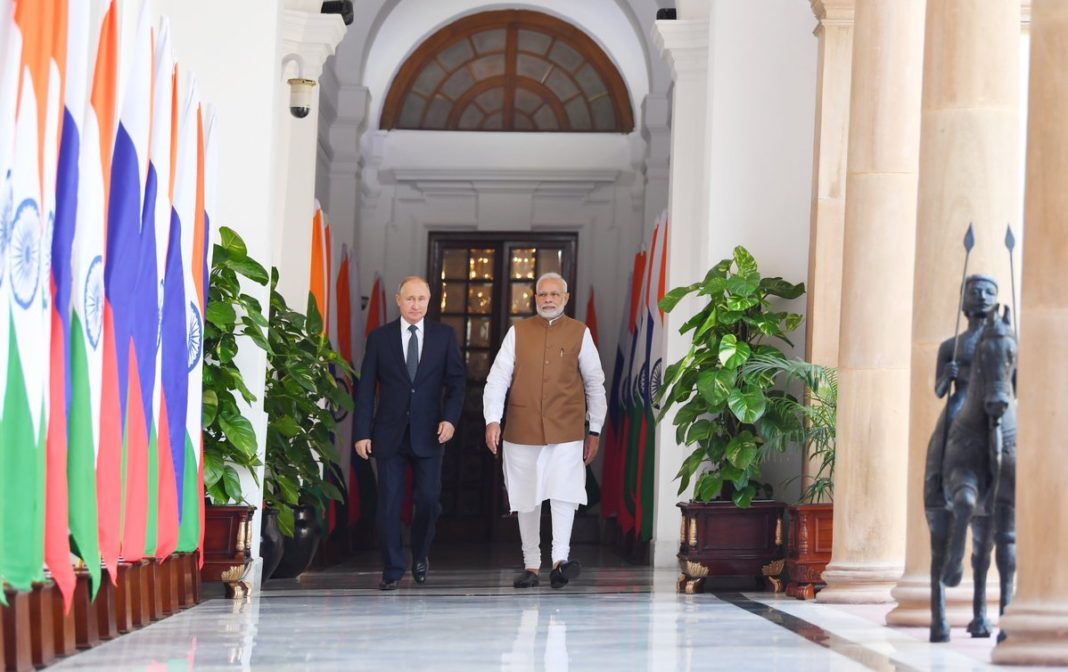 New Delhi– As Russian President Vladimir Putin on Friday expressed hope that the mutual trade turnover between India and Russia would grow to $30 billion by 2025, Prime Minister Narendra Modi invited Russia to set up a dedicated defence industrial park in the country.

To realise the increase in bilateral trade, Modi said the countries could work more closely in the coming years in the fields of new and renewable energy, nuclear technology and defence.

Speaking at the India-Russia Business Summit here, the Russian President said it was a matter of priority for his government to develop business ties with India.

“The mutual trade turnover has been growing sustainably. In 2017, there was a growth of 21 per cent to $9.36 billion. From January to July this year, it gained 20 per cent to reach $6 billion. And we want to achieve $10 billion and more,” Putin said in Russian, which was simultaneously translated into English.

He said advancements in technology had made it possible to seek even more volumes of growth and investments.

“We want to grow our mutual trade turnover to $30 billion by 2025, and mutual investments to $15 billion for each country,” he said, adding that it was possible only by advancing the industrial cooperation between the two countries to create technological and investment alliances.

Prime Minister Modi said the mutual trade between the two countries had shown a significant improvement in the last two years, with 20 per cent growth in 2017-18 only.

“For our economic and social development, we consider Russia to be our most important partner… Our relationship is expanding in every sector,” he said.

“In the last few years, a lot of work has been done in states to promote ease of doing business while encouraging a healthy competition among states. In that respect, we hope to have more dialogue between Russia’s provinces and Indian states,” the Prime Minister said.

He added that there was also potential for collaboration if Russia became a part of India’s campaign towards new and renewable energy.

“Both India and Russia are considered to be friends in the area of nuclear energy. Going beyond sale and purchase of technology, now we can work towards developing technology in India under the Make in India programme… In defence field, we can take our old partnership forward and develop products in India,” he said.

Modi said in return, Indian IT and pharmaceutical companies had an opportunity to work in Russia through joint ventures with Russian companies. (IANS)

Insurers should be Indian-owned, controlled by January 18