“The Board of Directors at its meeting on Thursday appointed Sangharajka as the interim CFO and key managerial personnel of the company with effect from November 17,” said the city-based IT major in a statement.

The Board is in the process of selecting the next CFO as Ranganath steps down on Friday.

“Sanghrajka has spent 13 years in the company over two stints and performed leadership roles in the finance division and even as Deputy CFO,” said the statement.

Sanghrajka, who has 20 years of experience in chartered accountancy, worked with the company in the first stint between 2000-2007 as General Manager (Finance) and re-joined in 2012 as Corporate Financial Controller.

Ranganath, 55, who resigned on August 18 after 18 years of service to pursue opportunities in new areas, is the third CFO to quit the $11-billion IT firm in the last 5-6 years after Rajiv Bansal in October 2015 and V. Balakrishnan in December 2013.

According to the company’s 37th annual report, Ranganath’s annual compensation in fiscal 2017-18 was Rs 7.98 crore, including Rs 7.03 crore as salary, Rs 24 lakh as retrials and 71 lakh shares as stock options.

While Bansal resigned from the executive post in October 2015 amid a raging controversy over governance issues between the co-founders and previous Board, Balakrishnan was elevated as a Director and head of its back-office operations (Infosys BPO) in October 2012.

Infosys co-founder N.R. Narayana Murthy also objected to the hefty severance package (Rs 17.37 crore) to Bansal, who was party to the “costly” acquisition of the US-based Panaya software firm in February 2015 under its first non-promoter Chief Executive Vishal Sikka, who too resigned on August 18, 2017.

The Arbitral Tribunal of Justice R.V. Raveendran (retired) on September 17, orderedAthe company to pay Bansal Rs 12.37 crore with interest as part of the severance package.

The Tribunal also rejected the company’s claim for a refund of Rs 5.2 crore paid earlier to Bansal as part of the severance package. On legal advice, the company complied with the order and paid Bansal the balance amount. (IANS) 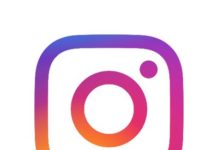