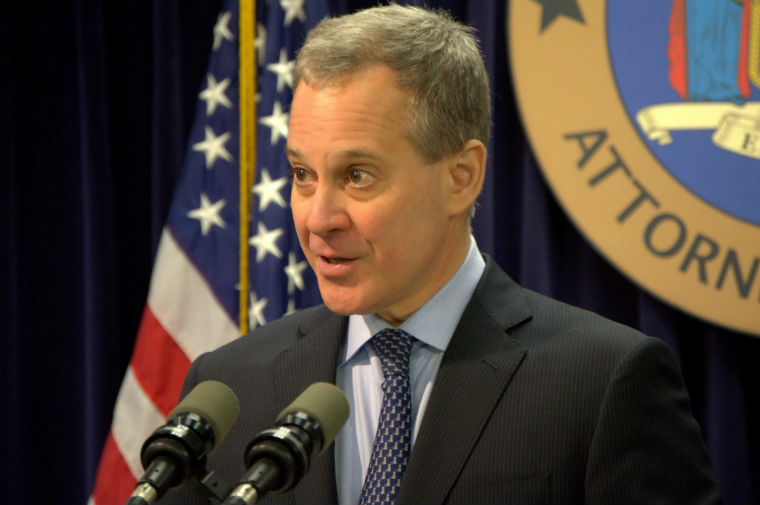 The officials, however, cleared the Mumbai company, which was not identified, of any wrongdoing. The Indian company, which cooperated with the investigation, did not know that it obtained the work illegally and there was no evidence that it shared with anyone else or misused the personal information of 16 million people that was sent to it, officials said Thursday.

The action announced Tuesday on the case that goes back to 2008 hits two current areas of heightened concern in the US-outsourcing and cybersecurity. There is growing scrutiny of outsourcing, which has become a contentious issue across in the political spectrum in the presidential election campaigns. And there are serious concerns about the security of personal data because of cybercrimes.

“The agreement announced today sends a clear message: if you are a government contractor and you illegally ship jobs overseas, you will be held accountable,” New York Attorney Gneral Eric T. Schneiderman said.

Focused Technologies Imaging Services (FTIS) admitted to sending the personal information it received from the New York State Division of Criminal Justice Services to the Indian company, which was not authorized to receive the data, Schneiderman and Inspector General Leahy Scott said in a statement. It also admitted to violating a contract requirement to hire disabled people in the US to do half the work, they said.

The overall contract that FTIS had was for $3.4 million, but it paid the Indian company only $82,000 for 37.5 percent of the work, officials said.

The contract was for digitsing and indexing about 22 million fingerprint cards and creating a searchable database. The cards were of all state law enforcement officials, prisoners, parolees, and personnel undergoing background checks and included their dates of birth, identifying numbers and physical characteristics.

Because of sensitive nature of the information the contract required FTIS to do the digitisation in a warehouse in the state capital, Albany, using only employees who passed a criminal background check.

FTIS’s current sole owner Charles Tobin, is responsible for $3.05 million of the penalty and former co-owner Julie Benware for $50,000. FTIS has also agreed to perform 69 percent of the work of certain contracts it gets within two years using disabled people.

Godfrey Phillips India net profit up over 61% in Q3

Transport Minister Tells US Investors that it is a Golden Opportunity to Invest in...