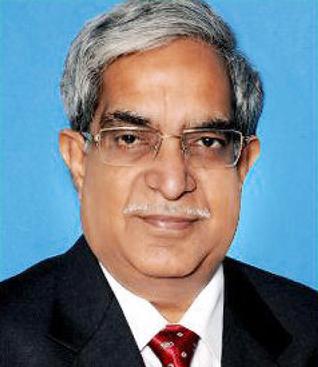 Chennai– India should actively get into building its own space station in the Low Earth Orbit (LEO) as its next space frontier since the time is opportune for this, a retired space scientist has said.

According to M.Y.S. Prasad, who retired as director of the Satish Dhawan Space Centre (SDSC), India should have long-term strategic goals that will have a cascading technological benefit across several areas.

“It is time to look 10-15 years ahead rather than planning for incremental growth activities. Building our own space station will be beneficial on many counts and would also generate around 15,000 high-skilled jobs,” the distinguished scientist, a 2014 recipient of the Padma Shri, India’s fourth highest civilian honour, told IANS.

Simply put, a space station is a manned satellite in a Low Earth Orbit.

“The future of International Space Station (ISS) is not known post 2025. Then there will only be the Chinese space station in the orbit,” Prasad said.

Ruling out the possibility of developed countries coming together again to put up a space station, Prasad said it is an opportune time for India to do that and start planning for it.

He said India should get into the development of a rocket that can carry 7.5 tonnes into a Geo-stationary Transfer Orbit (GTO) and 10 tonnes into Low Earth Orbit.

“Such a rocket will cater to India’s needs of launching heavier satellites as well as the space station,” Prasad said.

The setting up of a space station will result in the development of orbit-docking technology which countries like the US, Russia and China now possess.

“There can be a possibility of India-China cooperation in the space station sector like the US and Russia joining hands,” Prasad said.

According to him, a firm step towards such a long-term goal will be to commit steady budgetary support for the space sector.

On the strategic side also, space stations will be of immense use.

“Further, instead of launching remote sensing satellites at regular intervals, the space station can act as one,” Prasad said.

Space agency officials told IANS that the sector got the budgetary support it needed from successive governments.

Earlier India did not look at manned mission and other projects as the cost-benefit ratio was not in favour and hence the focus was on launching communication and remote sensing satellites.

However, former ISRO chairman K. Radhakrishnan offered an alternative instead of India building its own space station.

“India could look at conducting tests at the International Space Station rather than building its own,” Radhakrishnan told IANS.

According to him, it is certainly in India’s plans to have an Indian presence in the solar system.

According to Prasad, investment in space technologies cannot be looked in the short-term perspective of cost-benefit ratio. (IANS)