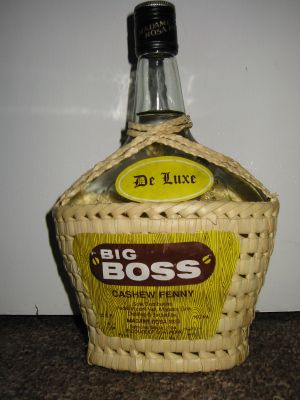 Panaji– Goa Chief Minister Laxmikant Parsekar on Monday introduced an amendment to the state excise duty law, elevating Feni — a popular, locally brewed cashew-based alcohol — to the status of a heritage spirit and bringing it on par with Scotch whisky and tequila.

“Having considered multi-faceted uses of ‘feni’ in cultural traditions, cuisines, medicinal purpose, etc., which is synonymous to the Goan identity, government of Goa has decided to separately define ‘feni’ and establish its unique and well-deserving status by declaring this liquor as the heritage spirit of Goa,” said the Goa Excise Duty (Amendment) Bill, 2016, which was introduced during the ongoing monsoon session of the Goa legislative assembly.

Cashew feni is distilled from fermented juice extracted from the cashew apple and is a popular alcoholic beverage in Goa. A similar process is also used to distill coconut feni from palm toddy.

Feni is also the state’s first Geographical Indication (GI) and it is also the first liquor in the country to obtain the GI status.

The amendment, the bill states, will help to reach out the “GI benefits to the primary and traditional stakeholders, enabling trade in world markets and positioning it on equal footing to world famous Scotch whiskey and tequila”.