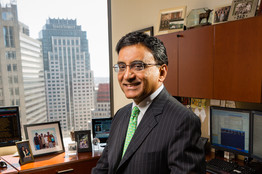 “Though list members might seem to have a lot in common, there are plenty of differences too,” Forbes said. “Some advisors cater to smaller investors — or what one, Gerstein Fisher’s Gregg Fisher (#28), calls “regular people” — while others have hefty minimums of $10 million and up as their threshold for taking on new business.”