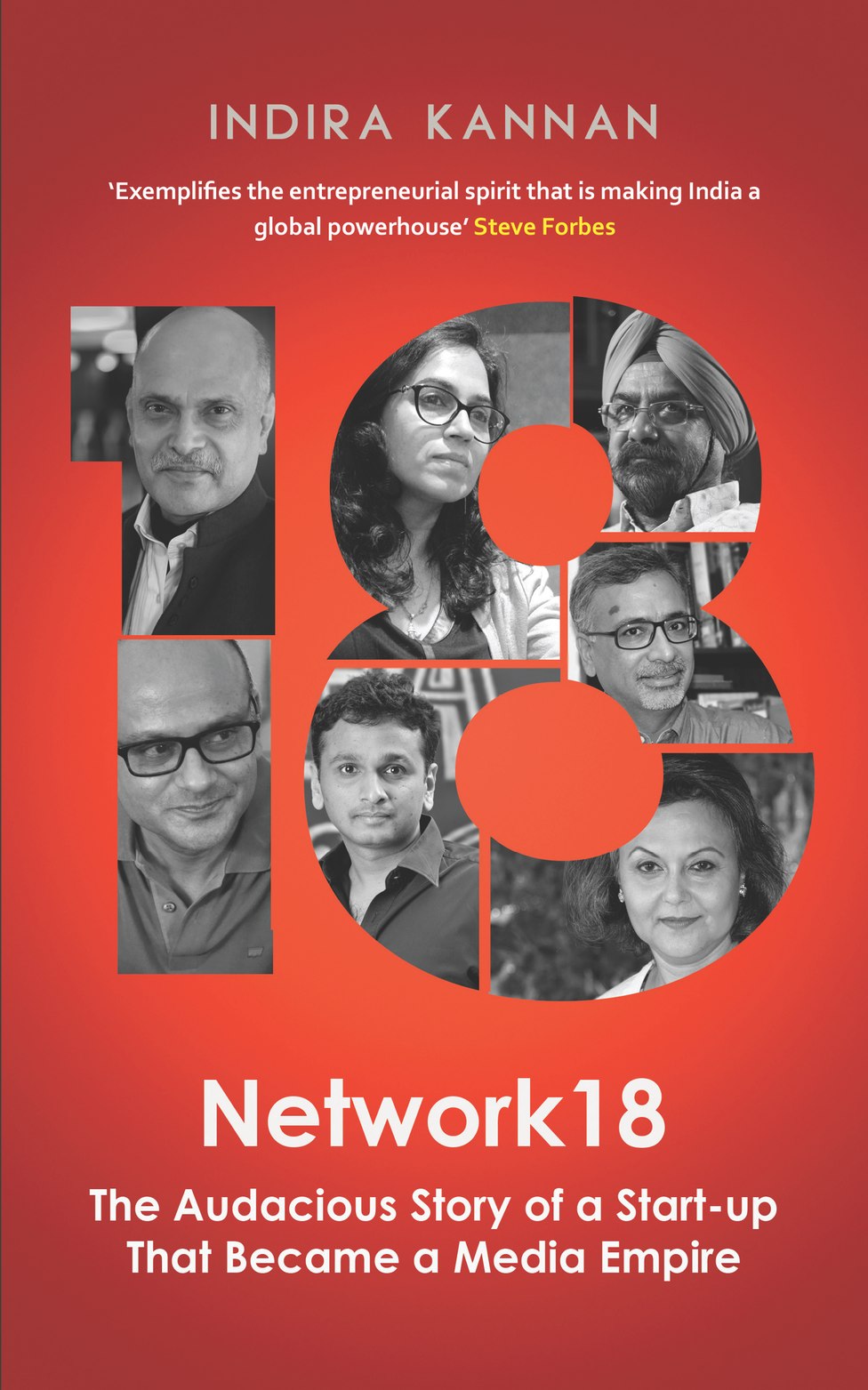 It was a start-up, even before the word was coined, and perhaps the best example of the creative achievements spurred by India’s path-breaking economic reforms since 1991. But the journey of Raghav Bahl from heading a small production company to a media conglomerate also demonstrates the moral and economic choices necessary in such a venture, which may not always mean a happy ending.

The story of TV18’s transformation into Network 18, before it changed hands, is also a tale of inspired vision, of audacious risk-taking, of alternating crises and opportunities, of last-minute negotiations reversing agreed outcomes, struggles with obdurate bureaucrats, which could not envisage or ignored the media’s special circumstances, and above all, the inexorable laws of the market. And Indira Kannan, who was on board for most of the journey, tells it like a cliff-hanger it perhaps would have been. 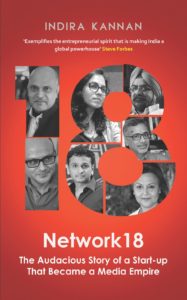 Kannan, who joined TV18 in 1995 when it was still a production company — known for its slick shows for existing cable networks — saw it become a channel itself in 1999, diversify immensely through the first decade of the new millennium and was with it till 2011. She starts her story in May 1995 with one of the first major controversies it faced.

There would be few now who would remember the bold and sassy “The Nikki Show” hosted by British-Indian actress and Kabir Bedi’s then wife on Star Plus, as it went off air after a few episodes. However one notorious edition was enough to threaten to land the host, guest and prominent gay rights activist Ashok Row Kavi, as well as Bahl and his partner Sanjay Ray Chaudhri, (or RayC as he was known) and Star TV owner Rupert Murdoch behind bars for denigrating the Mahatma.

And from this — possibly the first but unfortunately not the last time the electronic media figured in an unsavoury controversy that became politicised — starts the account of a venture that would utterly change the face of media, and the business of media, in India in the decades to come.

From there, Kannan takes us back to the circumstances in which TV18 was started in 1991. With short but pertinent biographies of the main protagonists and a string of telling anecdotes, she writes of the full advantage they took of opportunities offered by the advent of cable TV and the arrival of BBC, Murdoch’s Star, and later Zee, to slowly become a well-recognised brand. There are also the forays with Business TV and its television arm, and later with ABN in association with the Hindujas, both of which had less than the desired outcomes, and ended on a messy note.

The book takes up TV18’s transformation into a business channel, the broadening into news and general programming — where the two developments that most stand out are the way that CNN, which had come to an agreement with NDTV, was convinced to tie up with them instead, and how bureaucratic opposition to its telecast was sort of short-circuited with the “accidental” transmission of a message by then Information and Broadcasting Minister, Priya Ranjan Dasmunshi.

Another key episode is the background of the “sting” of the alleged bribery of MPs ahead of the 2008 trust vote in the Manmohan Singh government — where Bahl’s usual hands-off approach proved costly — and the consequences that ensued.

On the other hand, Kannan makes no attempt to hide the miscalculations and the mistakes, in particular, a point of hubris, which began the road towards eventual change of ownership. Though best related in the foreword contributed by Bahl himself, it is also moot that it is easier to be wise after the incident, and many consequences of decisions are not apparent till much later.

But while telling the story of Bahl and his ambitious venture, the account also offers an incisive look at the development of TV programming and the media business over the last three decades and more, particularly in the post-liberalisation phase. Kannan has written a racy, well-written book, though without critical appraisal of the man who was her boss for a long time. Perhaps she was too close to the man or the events to be too critical. Nevertheless, it serves as a valuable read for both businessmen and media persons.