Besides writing to MPs from Rajasthan, Uttar Pradesh, Haryana, Gujarat, West Bengal, Assam and Madhya Pradesh among others, Shiva earlier in September wrote to Prime Minister Narendra Modi seeking his intervention in the matter.

“…the GM Bt cotton experience has shown that MNCs holding patents on Gene technologies are trying to control our seed sector by destroying seed sovereignty through an illegal system of royalty collection and economic drain from the country,” said Shiva.

Shiva, the founder of Navdanya — a network of seed keepers and organic producers, has alleged “unfair activities” of MNCs like Monsanto and Bayer, and demanded enacting of liability laws before the GM mustard is commercialised.

“The chemical industry is getting ready to push the GM-Mustard (DMH-11). The GM mustard being promoted as a public sector ‘innovation’ is based on barnase/barstar/gene system to create male-sterile plants and a bar gene for Glufosinate Resistance.”

“Liability laws should be put in place before any GMO approval both to cover costs and damages to farmers. Liability should also cover the cost of damages to farmers whose crop is genetically contaminated by GM crops and who lose their organic status,” she said in the letters.

In her letter to Modi, Shiva said there was a serious crisis of governance in the area of seeds.

“The systemic violation of Indian laws must be stopped immediately. We hope that as the Prime Minister of India you will take strict and urgent action on what has become a national emergency and a serious crisis of governance in area of the seed, the first link in our food system,” she said.

Taking the battle against the MNCs at the global level, the Navdanya along with other international orgnisations will be organising a “People’s Assembly for the future of food, the future of the planet” from October 14-16, 2016, at The Hague.

“Using free trade neo-liberal policies and deregulation of commerce to enlarge their empires, these corporations are attacking life on earth and biodiversity. They have broadened their control over our seed, our food and freedom, robbing us of our human rights and democracy,” Shiva told IANS.

“They have established monopolies and threatened farmers rights to seed and people’s rights to affordable medicine through patents and IPRs,” she added.

The People’s Assembly will be a gathering of movements, seed savers, seed defenders, farmers and growers and civilians to address the crimes against nature and against humanity perpetrated by chemical and biotechnology corporations. (IANS) 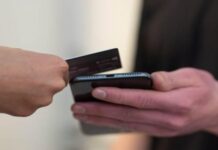 Equity market up on global cues, factors in poll results