New Delhi– The Centre’s announcement of “model guidelines” for direct selling, which is expected to boost entrepreneurship and spur growth in the country, has been hailed by India Inc.

India Inc. termed the move, announced on Monday, as progressive and said it would boost the sector.

Industry leaders welcoming the move said “the next important step” is to ensure that the states adopt these guidelines quickly.

According to the guidelines, any direct selling entity conducting sales activities shall submit an undertaking to the Department of Consumer Affairs within 90 days, stating that it is in compliance with these guidelines and also provide details of its incorporation. 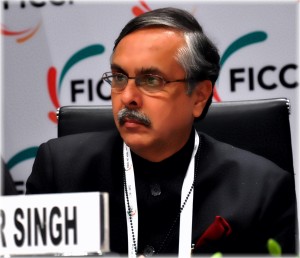 “FICCI congratulates the government for releasing the much awaited guidelines. It is a very progressive move by the government which will give a boost to Rs 72 billion industry and will help in motivating the stakeholders associated with the sector,” A. Didar Singh, Secretary General, FICCI.

Jitendra Jagota, Chairman, Indian Direct Selling Association said the guidelines will help in making a distinction between legitimate Direct Selling and fraudulent schemes, operating under the guise of direct selling.

“The guidelines on Direct Selling issued by the government represent an important step which will both safeguard the interests of consumers, as well as identify and help protect ethical direct selling companies,” said Anshu Budhraja, CEO, Amway India.

“We welcome this action by the government, as the direct selling industry, along with FICCI, was pursing these guidelines proactively,” he said.

Budhraja said the guidelines reinforce the company’s faith in India “where we have invested more than Rs 600 crore to set-up a world class manufacturing facility employing, directly and indirectly, close to 1,000 people.”

“The next important step is to ensure that the states adopt these guidelines quickly as that is where the implementation will happen,” he said.

Officials said that in the era of internet and e-commerce, direct selling would mean sales made through e-contact arrangements as well as internet sales.

He said: “In the absence of proper policy or guidelines, numerous fraudulent players have been taking advantage of the situation.”

The conditions for conduct of direct selling business mandates that companies should maintain “proper and updated website” with all relevant details of the entity, contact information, its management, products, product quality certificate, price, complete income plan and complaint redressal mechanism for direct sellers and consumers.

“The website should have space for registering consumer complaints and should ensure that grievances are addressed within 45 days of making such complaints,” an official source said. (IANS)