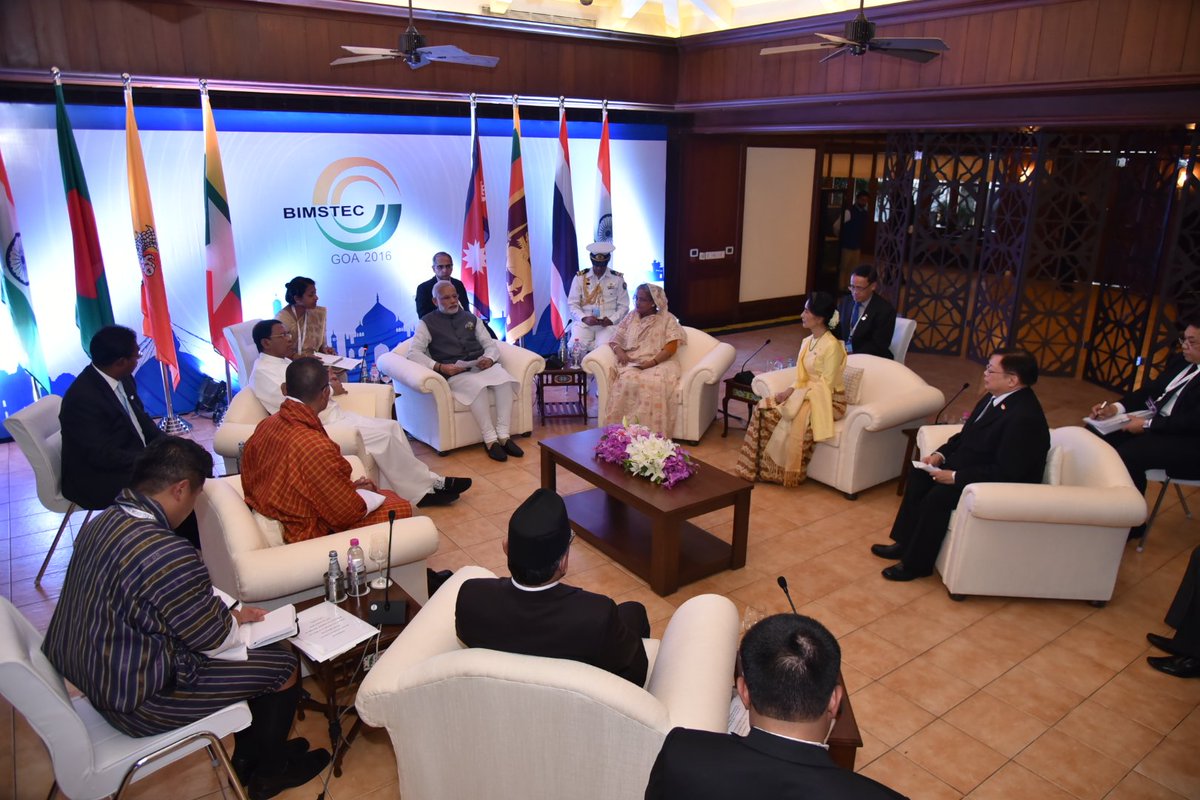 Benaulim–Goa– The 8th BRICS Summit concluded here on Sunday with Prime Minister Narendra Modi calling upon leaders of the group of emerging economies to double the size of intra-grouping trade to $500 billion by next five years.

“In 2015, intra-BRICS trade stood at about $250 billion. We should set ourselves a target to double this number to $500 billion by 2020,” Modi said addressing the BRICS (Brazil, Russia, India, China, South Africa) leaders plenary here. 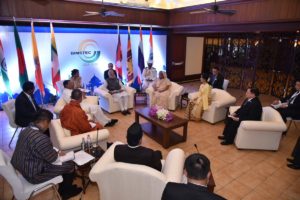 “This requires businesses and industry in all five countries to scale up their engagement.
And, for governments to facilitate this process to the fullest,” he said.

“Our agreement on a tax and custom cooperation framework is a good start,” he added, referring to an outcome of the summit here.

Declaring that in a world of new security challenges and continuing economic uncertainties, BRICS stands “as a beacon of peace potential and promise”, the Indian Prime Minister said that the five-nation group’s work holds much meaning for the developing world.

“In the past year, BRICS have played an active role in shaping the global agenda for change and development. Our association with Agenda 2030, the Paris Climate Agreement, and the Addis Ababa Action Agenda on Financing for Development has been purposeful and productive.

At a meeting earlier in the day, Modi exhorted the BRICS Business Council to work with member countries for strengthening mutual trade and said events like the first BRICS Trade Fair help to generate greater business awareness and commercial exchanges.

“India hosted the first BRICS Trade Fair in New Delhi two days ago with active participation from all your countries. Such activities must be promoted to generate greater business awareness and commercial exchanges,” he added.

The BRICS Business Council Report was also presented on the occasion.

In the report, the council has recommended the member countries to continue dialogue for a new rating agency for emerging economies.

Besides, with a huge scope for intra-BRICS cooperation in infrastructure development and financing, the formation of a group of angel investors was also one of its key recommendations.

With the expansion of the BRICS agenda, the council also emphasised on the need to enhance business cooperation in agriculture by way of sharing of best practices among members.

Addressing the gathering, BRICS New Development Bank President K.V. Kamath said the lender is targeting an incremental revenue of $2.5 billion in the next year and that member countries would be approached to mobilise funds through bond markets.

“Looking forward, we are targeting incremental revenue of $2.5 billion for the next year and we believe that this will be largely in the area of sustainable infrastructure, green infrastructure… we plan to raise $1.5 billion through bonds,” he said.

He also said that the NDB had begun the process of establishing its credentials as an institution which supports green and sustainable infrastructure.

Kamath also said that the bank would seek to mobilise funds in the markets of the member countries, adding that there were plans to approach the bond market in India as part of the exercise.

Talking to media later on the sidelines, Kamath said that the Shanghai-headquartered NDB, which has completed one year of operations, had approved loans to the tune of $911 million for development of the renewable energy sector in member countries.

Indian team in London for extradition of Mallya

RBI warns against frauds in guise of KYC update