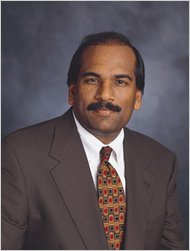 CAMBRIDGE, MA—TiE Boston, the second biggest and oldest chapter of the TiE-Global, will honor tech entrepreneur Mukesh Chatter with this year’s Lifetime Achievement Award at its annual gala on Thursday at Burlington Marriott Hotel in Burlington, MA. The event is sold out.

Chatter is a successful high tech entrepreneur and current co-manager of investment firm NeoNet Capital. In 1999, Chatter sold his Nextabit Networks for $900 million to Lucent Technologies. He had founded Nextabit in 1996. He also founded NeoSaej Corp. and Axiowave Networks Inc.

Chatter has more than 20 years of experience in the architecture, design and development of networking equipment and supercomputers and has several patents associated with this work.

Each December, TiE Boston’s gala acknowledges local business leaders and entrepreneurs for their contribution to the economy. In addition to honoring Chatter, the gala will also celebrate additional high impact entrepreneurs in the fields of health innovation, technology and entrepreneurial achievement.

“We have been working hard to make this an excellent event and are excited for this year’s Gala,” said Laura Teicher, TiE Boston Executive Director. “The evening is now completely sold out which means that unfortunately we will not be able to accept any more registrations or admit walk-ins.”

Founded in 1997, TiE Boston is the second biggest and oldest chapter with the TiE-Global, the largest not-for-profit organization fostering entrepreneurship, with a global network of members from 61 chapters in 18 countries.

Maneka Gandhi writes to Prabhu on issues of disabled passengers