New Delhi– The birth certificate would no longer be required to get an Indian passport issued, the Ministry of External Affairs announced on Friday. 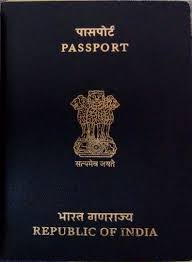 Speaking to media here, Minister of State for External Affairs V.K. Singh said that birth certificate that specifies the date of birth is no longer mandatory for getting passport and documents such as PAN card, driving licence, Aadhaar card, or Matriculation Certificate will suffice.

He also announced that online passport application form now requires the applicant to provide the name of only one parent and not both.

This would enable single parents to apply for passports for their children. Besides, married applicants would not be required to provide any marriage certificate, the minister added.

The government has announced new passport rules in order to streamline, liberalise and ease the process of issuing of passport, an official statement said.