New Delhi– The central government on Saturday said that it is trying to double the number of operational airports in the country from 75 to 150, under the ambitious regional connectivity scheme (RCS).

According to Minister of State for Civil Aviation Jayant Sinha, under RCS christened as UDAN (Ude Desh ka Aam Naagrik), the central government is working to expand the aviation map of India from 75 to 150 airports. 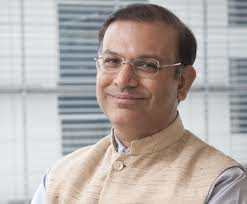 The minister elaborated that recently Kanpur and Bhatinda airports became operational under the scheme.

Sinha was addressing the 89th Annual General Meeting of Federation of Indian Chambers of Commerce and Industry (Ficci).

The minister informed that the government also plans to augment airport capacity by expanding existing terminals, building new ones and developing greenfield airports.

He added that the government is developing a regulatory framework for the aviation sector to make it ‘asset class’ attractive.

When asked about the performance of national passenger carrier Air India, the minister said that all operating factors are looking positive. However, a clear strategy is to be defined to make the airline financially robust.
(IANS)