New Delhi– There has been “significant price reduction” in major cancer and diabetic drugs over the past year as a measure of relief to patients in the country, the National Pharmaceutical Pricing Authority (NPPA) said on Monday.

Among the major cancer drugs, the price of Iressa of Astrazeneca Pharma India, which cost Rs 29,259 (before revision), has been cut down by 86 per cent to Rs 3,977.

In terms of diabetic drugs, Glypride by Sun Pharmaceuticals has been priced at Rs 53 – down 42 per cent from Rs 91.

As per the NPPA, other pharma firms whose drug prices have been revised downwards are Dr Reddy’s Lab, Abbot Healthcare, Micro Labs, Dabur India, Lupin and others. 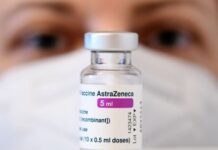