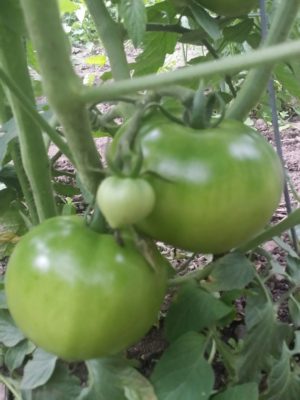 Bengaluru–Hundreds of Indian techies working as software engineers or providing back office services to global firms are setting up a pan-India trade union to protect their jobs amid layoffs by many IT firms, including Infosys, Wipro, Tech Mahindra and Cognizant, said a functionary of a employees forum on Tuesday.

“We have already filed an application with the Tamil Nadu Labour Department to register our Forum as an all-India trade union to protect our interests, especially jobs, as many IT firms are terminating employees at a short notice without adequate compensation,” Forum for IT Employees (FITE) Joint Secretary Aruna Giri told IANS from Chennai on phone.

Admitting that thousands of IT employees across the country benefitted from well-paid jobs and perks over the years when the going was good, Giri alleged that the IT firms were no longer what they were in the past, as they have started to fire more than hire.

“The need for a common platform is not just to protect our jobs, but guard our rights as citizens under the law of the land. For various reasons, including the nature of the industry, which provides more services than goods, even employees within a company could not come together to raise their voice or protest exploitation by profit-driven employers, promoters, founders and managements,” she said.

Expressing concern over the manner in which many IT and IT-enabled services (ITeS) firms were giving pink slips to even lateral employees owing to disruptive technologies and sluggish business growth, Giri said the employers should think twice before asking their employees to either resign or face termination at a short period.

“Unlike employees in other formal sectors, like manufacturing and labour workforce in commodity plantations, we do not have trade unions or outside support to address our grievances or concerns. Sudden loss of jobs leads to uncertainty and worry, as our families, including children and parents are dependent on us,” she said.

Without naming IT firms, their promoters or managements, Giri said contrary to the statutory labour laws, hundreds of techies, including those with 10-20 years of experience, were being sent home with 2-3 month salary compensation instead of 11 months and other benefits.

“We (FITE office bearers) are getting 50-100 calls daily from our colleagues in the industry working in Bengaluru, Chennai, Delhi, Hyderabad, Mumbai, and Pune that they were being asked to leave or look out for another job, as they were no longer required due to technology shift, lack of required skills and slow growth,” she said.

As a trade union can be formed even with 100 members, the Forum has submitted about 120 names to the Labour Department to register it as a formal trade body and mediate with employers in the overall interests of the $150-billion IT industry, its eco-system and related sectors.

“Once our union is registered in the next two months and allowed to take up issues with the employers of IT firms, we are confident of getting thousands of techies as members to fight for our rights and others, affected by cost-cutting measures of profit-motive companies,” added Giri.

The Forum has about 1,200 online members and 120 active members, with chapters in nine cities, where majority of IT and ITeS firms are located.

United Bank of India to open 240 branches by next fiscal