Bengaluru– IndiGo will operate a non-stop daily flight between Bengaluru and Singapore from June 10 to strengthen its network in the Asia-Pacific region, the country’s leading low-cost private carrier said on Friday.

“Flyers can book tickets at Rs 14,242 for a round trip from June 10. Though fifth overall service between the two cities, it will be our first non-stop flight to Singapore from Bengaluru,” the budget airline said in a statement here.

Taking off from Bengaluru at 9.20 p.m., the passengers will arrive in Singapore at 4.30 a.m. local time and leave for the return trip at 5.30 a.m. and land here at 8 a.m. Indian Standard Time, saving three hours of travel time each way.

“As Bengaluru and Singapore are strong business and tourism hubs, the route attracts huge passenger traffic from cities across south India. The large Indian diaspora on the island state regularly travels to their homeland to connect with their loved ones and heritage,” IndiGo Chief Commercial Officer Sanjay Kumar said in a statement here.

The Gurugram-based airline operates 934 daily flights, connecting 46 destinations across the country and also overseas destinations, with a fleet of 134 Airbus A320 aircraft.

Promoted by InterGlobe Enterprises and aviation industry veteran-cum-entrepreneur Rakesh Gangwal, the airline flew about 3.8 million passengers in April on the domestic routes, with around 87 per cent plane load factor (PLF) in April and accounted for a 39.9 per cent market share.

PLF is a measure of capacity utilisation of an airline. (IANS) 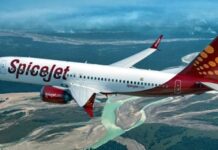