Will the US withdrawal from the Paris agreement impact Indias efforts to tackle climate change? To a limited extent, yes. Will it stop Indias actions against climate change? No.

President Trump’s announcement of the US withdrawal from the Paris agreement leaves a huge void in the global efforts to stabilise our climate. The US is by far the largest historical emitter of greenhouse gases, and its actions in reducing emissions are central to global efforts to address climate change.

The Paris Agreement had provided an innovative framework for all the countries of the world to pledge what they could do to address climate change; it brought all countries on board, with each country pledging what it expected to achieve.

The sum total of all the pledges made at Paris are clearly not sufficient to ensure that global temperature rise remains well below 2 degrees Celsius, which scientists believe is the maximum to prevent irreversible climate change.

The absence of the US leadership would delay actions to address climate change in that country itself, as well as in other countries to reduce global emissions and to adapt to the adverse impacts of the climate change that has already occurred.

Climate action, whether to mitigate emissions or adapt to adverse impacts of climate change, requires access to financial resources and technology. New technologies that would address these issues are always more expensive that technologies currently in use, and the countries of the world have created the Green Climate Fund (GCF) to manage these costs.

The withdrawal of US support to the GCF would substantially reduce the resources available to it, and so will inhibit acceleration of climate actions in developing countries, including India.

The US will now put out more carbon dioxide into the atmosphere than it would have had it remained in the Agreement. This will have adverse impacts for India and many other vulnerable countries. In any case we have to manage the unavoidable climate change that has occurred due to the carbon dioxide already in the atmosphere.

This would be further exacerbated, implying that India would need to enhance its adaptation actions so that it can continue to manage the impact of inaction or delayed action in the US.

The good news is that the last few years have seen a major downward trend in the prices of renewable energy and energy efficiency, the pillars for action to combat climate change. These positive trends suggest that climate mitigation is becoming increasingly viable across the world – and, as a result, many countries, and many states in the US, are preferentially moving towards larger shares of renewables in their energy mix.

This trend will continue across the world and in the US, irrespective of the US decision to withdraw from the Paris agreement.

The favourable long-term trends in the costs of renewables and energy efficiency are clear. Chances are, the world, US included, would transition to low and zero carbon technologies over time.

Ever since India submitted its pledge, it has carried out a raft of actions and policy changes to achieve its goals. Large scale procurement of solar energy has both increased the share of non-fossil fuel sources in our grid and has also been successful in bringing down the price of solar energy to a point where it is competitive with coal.

Our programme to promote LED lighting is immensely successful, with over 300 million LED bulbs sold and prices reduced to a fifth, making large scale adoption possible.

What these changes indicate is that our renewable energy capacity would increase eight-fold, and our demand for coal would be limited to doubling to about 800-900 million tonnes in 2030, instead of about 1,200 million tonnes if accelerated action on renewable and energy efficiency did not occur.

It is estimated that even if the US had kept to its Paris pledge, its coal use in 2030 would probably be similar to that of India in that year, even though India’s population is three times larger. Despite these challenges, India is pushing ahead with a low carbon growth strategy in the medium and long term.

At the time when we submitted our pledge, Prime Minister Narendra Modi had said that India’s action on climate change represented an article of faith because of its own needs to ensure that development and environment protection go hand in hand.

This imperative continues, and Power Minister Piyush Goyal said at the Vienna Energy Forum last month: “We stand committed to each and every one of those commitments made in Paris, irrespective of what happens in the rest of the world.”

(Dr Ajay Mathur is Director General, The Energy and Resources Institute (TERI) and was spokesperson of the Indian delegation to the 21st Conference of Parties, Paris. Views are personal.)

Demonetization in India: where do we stand? 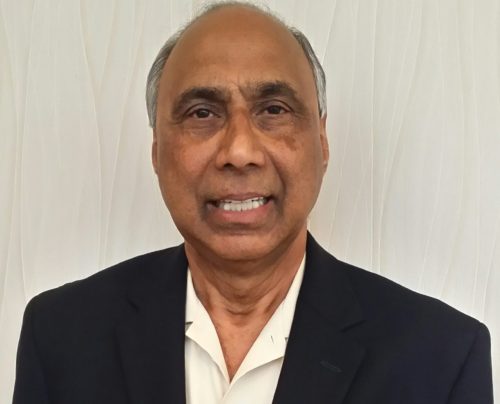 Modi crosses Rubicon on military ties with US: CPI-M