New Delhi– Finance Minister Arun Jaitley on Tuesday said in the Lok Sabha that criminal proceedings will be carried out in cases arising out of the Panama Papers disclosures, and the tax department will go into claims about people claiming NRI status to avoid scrutiny.

“I want properties from 1988 to be covered under the Benami Act. The money in foreign countries was reported from four sources, including HSBC, International Consortium of Journalists and Panama Papers. These details need documents. Otherwise there is no proof.

“In cases of which we are receiving details, we send notices, assess their income tax details and raise tax demand. According to the law, criminal proceedings are also carried out. In HSBC and now in Panama Papers, the proceedings will be carried out. In some cases details are received, in some it is not. Lot of people claim NRI status, we will see if it is valid or not. It is now a disincentive and a risky business,” he said.

The Finance Minister was replying to a debate on the Supplementary Demand for Grants for 2017-18 and the relevant Appropriation Bill.

He was replying to a query by an Opposition member about what the government was doing in the case of Panama Papers disclosures.

After the Minister’s reply, the House approved the first batch of Supplementary Demand for Grants for 2017-18, for an additional expenditure of Rs 11,166 crore, and three appropriations.

On the Goods and Services Tax (GST) which has completed one month of implementation, Jaitley said the incidence of tax will be lower than the previous indirect tax regime once the input tax credit is availed and the prices will come down.

“The methodology of taxation has changed, in medium and long term it will bring prices down because of input chain that is created. Currently cascading effect of taxation is there.

“After input tax credit, the weighted average of tax incidence is less than what it was till June 30. My estimate is that states’ will not run into losses under GST and if they do we will compensate them,” he said.

The Finance Minister said that the GST Council will meet on August 5 to finalise the details of the anti-profiteering mechanism.

“We were a non-tax compliant society. The trend is being broken. We are meeting on August 5. We will finalise the entire mechanism of anti-profiteering soon. We need to make a few examples and everyone will fall in line,” he said.

“The Council will meet once a month. We did rate revisions when required. More the revenues, the more the states will get. States know this. More revenue for states means, more money for infrastructure, education, health, etc.,” he added.

He said the switch-over to GST was smooth overall and minor glitches are rectifiable.

Jaitley also dismissed the contention by some members that GST would lead to payment of more tax by consumers.

Referring to apprehensions by Congress member from Kerala who said that the state was dependant on tourism for its economy and the houseboat industry would be affected, Jaitley said that any levy of tax would be passed on to the consumer and the houseboat owner would not pay it. If somebody can afford to stay at Rs 10,000, he can as well pay Rs 1,000-2,000 more.

Touching upon the economy, Jaitley said that this is the first year in which the world economy is showing signs of slight improvement.

He said that exports have improved in India.

“Fiscal deficit has reached 3.2 per cent. Going ahead we will bring it to 3 per cent,” he said. 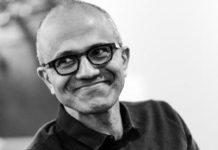