“Our collaboration with Intel expands the installed base for AMD Radeon GPUs and brings to market a differentiated solution for high-performance graphics,” Scott Herkelman, Vice President and General Manager, AMD Radeon Technologies Group, said in a statement.

“Together, we are offering gamers and content creators the opportunity to have a thinner-and-lighter PC capable of delivering discrete performance-tier graphics experiences in AAA games and content creation applications,” Herkelman added.

EMIB acts as a high-speed intelligent information bridge between the GPU and HBM2 and reduces the usual silicon footprint to less than half that of discrete components implemented separately, the company claimed.

Forthcoming devices that will feature this processor will include the thin and lightweight 2-in-1s from Dell and HP as well as the NUC that Intel had introduced.

The Intel NUC is a four-by-four inch mini PC with a customisable board that accepts a wide variety of memory, storage and operating systems. 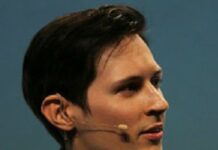