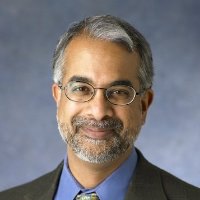 The financing was led by new investor Invus, with the participation of new investor Redmile Group. All of the existing investors in Scholar Rock also participated in this financing round, including Polaris Partners, Timothy Springer, ARCH Venture Partners, EcoR1 Capital, The Kraft Group, Fidelity Management and Research Company, and Cormorant Asset Management, the company said in a statement.

“We are delighted by the strong support and recognition we received in this Series C financing and the expansion of our group of world-class life sciences investors, which now includes Invus and Redmile,” said Nagesh Mahanthappa, President and Chief Executive Officer of Scholar Rock. “We expect 2018 to be a critical year of growth for Scholar Rock, as we advance the first clinical candidate from our groundbreaking platform into the clinic to address an important unmet need in SMA and continue to build out our pipeline.”

Proceeds from the financing will be used to advance SRK-015, the company’s lead clinical candidate for Spinal Muscular Atrophy (SMA) and other neuromuscular disorders, into clinical development in the first half of 2018. Scholar Rock plans to evaluate the potential of SRK-015 to improve muscle strength and motor function, both in SMA patients who are on therapies aimed at upregulating the production of the deficient SMN protein and as monotherapy in certain subpopulations of SMA patients. In addition, the efficient and disciplined application of this funding enables Scholar Rock to further progress additional development candidates in disease areas such as fibrosis, immuno-oncology, and anemias associated with iron restriction.

Spinal Muscular Atrophy (SMA) is a rare, and often fatal, genetic disorder that affects approximately 1 in every 10,000 births. This disease is due to defects in the SMN1 gene that produces SMN, a protein important for the survival and function of lower motor neurons.

Scholar Rock is discovering and developing a pipeline of innovative new medicines to treat a range of serious diseases in which growth factors play a fundamental role, including neuromuscular diseases, cancer and fibrosis. By focusing on newly elucidated biology of growth factor activation, Scholar Rock has developed insights which allow us to selectively target growth factors in the disease microenvironment – through the mechanism of modulating supracellular activation.

Musk donates over $5bn worth of Tesla shares to unnamed charity