New Delhi– Enterprise application software spending in India is projected to reach $2.5 billion in 2018 — a 19.8 per cent increase from 2017 which is 0.9 per cent more than the predicted investment by China at $5.1 billion — a 18.9 per cent rise from last year, a new survey said on Monday.

According to market research firm Gartner, while both countries are poised for continued growth, organisations have different criteria for selecting the vendors they use.

“China’s and India’s enterprise application software spending has grown at double-digit rates historically and they will continue to be hot spots,” Keith Guttridge, Research Director at Gartner, said in a statement.

“To be competitive in those countries, technology business unit leaders in technology providers must understand software adoption dynamics and spending intentions,” Guttridge added.

While corporate branding is an important software selection criterion in China, firms in India focus more on pricing and contract flexibility, the survey said, adding that India’s spending intention is more aggressive than China’s.

“In all categories, India has a higher percentage of respondents who want to increase spending across all enterprise applications. Enterprise content management (ECM), business intelligence (BI), customer relationship management (CRM) and open source (enterprise edition) were the most popular in India. In China, the most popular were open source, ECM and CRM,” the survey found.

Apart from transforming to digital business, respondents suggested increased competition, alignment of IT to business and rate of technology change are the reasons that would drive increasing software spending in 2018.

In India, increased software spending is being strongly influenced by overarching digital transformation (chosen by 91 per cent of respondents), followed by mobile (88 per cent) and Artificial Intelligence (AI — 88 per cent).

In China, Cloud/Software-as-a-Service (SaaS) offerings lead as the top influencer (chosen by 63 per cent of respondents), followed by Internet of Things (IoT – 62 per cent) and mobile (60 per cent). (IANS) 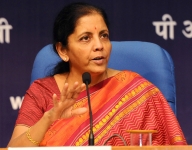