Prior to this appointment, he led the marketing team in India for the last five years, wherein he was responsible for the marketing strategy and aligning marketing to the overall business objectives.

Under his leadership, Lenovo India launched its smartphones in the market as well as many new initiatives were taken in the digital marketing space, the company said in a statement. 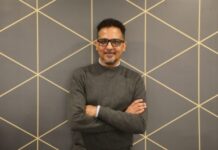 US bans electronics on flights from 8 Muslim countries

US Fed keeps interest rates near zero amid election uncertainty