Haldia– Exide Industries, which is aspiring to supply batteries for bullet trains, will invest over Rs 550 crore for setting up a recycling battery plant and expanding its existing facility here to manufacture Nickel-Cadmium batteries, an official said on Tuesday.

“The expansion project will mainly produce high-end Nickel-Cadmium batteries in technical collaboration with Furukawa of Japan. These batteries have applications in bullet trains, metro rail and other critical installations. This plant will also produce lead acid batteries.

“We are also setting up a battery recycling plant here. The investment will be over Rs 550 crore in these two projects,” company’s MD and CEO Gautam Chatterjee said.

Both the projects will be completed in the next 12-18 months, he said.

Earlier in the day, West Bengal’s Minister for Transport and Environment and Chairman of Haldia Development Authority Suvendu Adhikari laid the foundation for the two plants.

The new facility, which will be built on a 20 acre land allotted to the company by the Kolkata Port Trust, will have monthly 1.2 lakh battery manufacturing capacity and it will also have mega charging station.

The greenfield battery recycling plant with latest European technology will be set up on another 20 acre land given by Haldia Development Authority, Chatterjee said.

In collaboration with Italy’s Energitech Technologies, one of the leading players in this field, the plant in Haldia will have a monthly capacity of 15,000 metric tonnes, making it the country’s largest lead recycling plant.

Exide’s lead recycling business is carried out by its wholly-owned subsidiary Chloride Metals Ltd which clocked a turnover of Rs 2,013 crore in financial year 2017-18.

According to Chatterjee, the company has two-pronged strategy to make Haldia one of the largest and integrated self-sufficient battery making centres in South-East Asia where it manufactures everything from recycled lead to finished battery.

In the current fiscal, the lead-acid storage battery maker planned to make Rs 1,100 crore of capital expenditure including the investments of two projects.

“Haldia plant is contributing one-third of our battery production. Last year, we invested Rs 600 crore and this year, the investment will be Rs 700 crore (of the total capital expenditure),” Chatterjee said. (IANS) 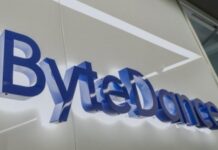 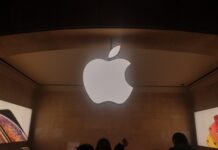 Reserve Bank of India to ease doing business for start-ups