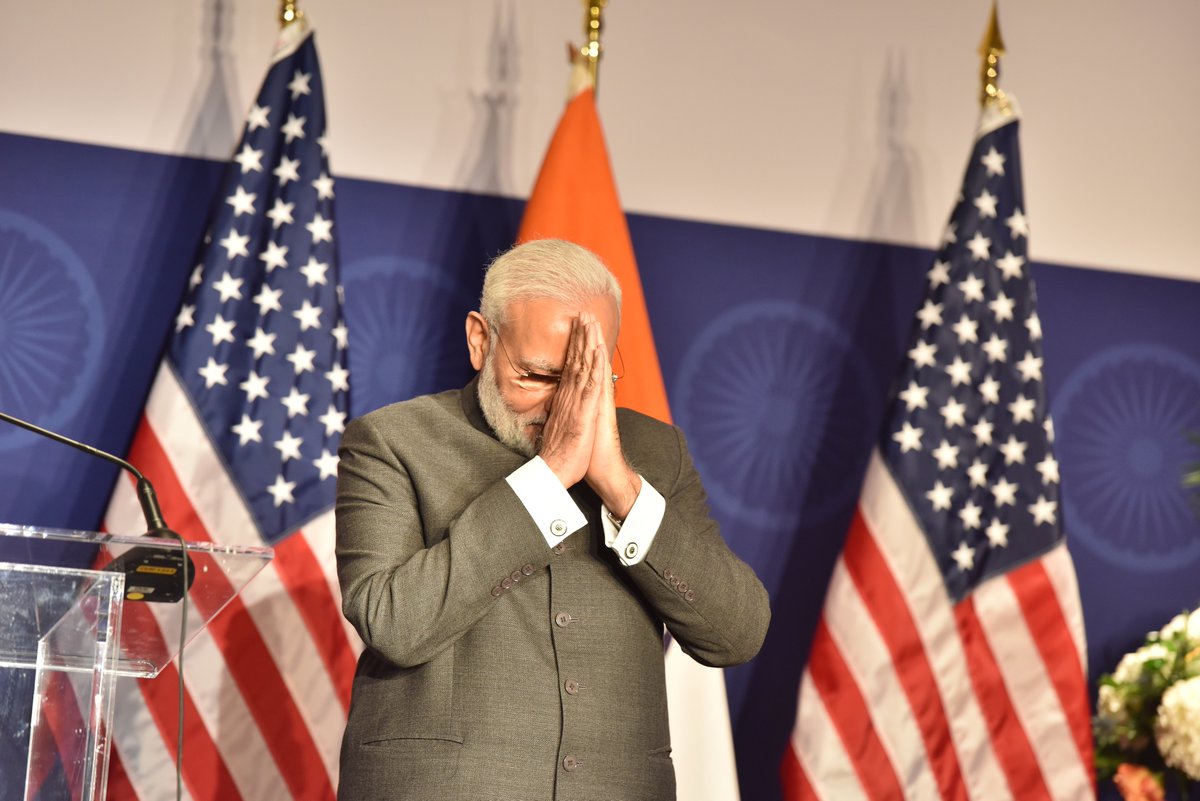 Kathmandu– Stating that all countries of Bimstec seek peace and prosperity, Indian Prime Minister Narendra Modi on Thursday said that this will be possible only if there is connectivity in all forms between member states of the regional bloc.

“Each of our countries seek peace, prosperity and happiness, but in today’s inter-connected world, we cannot achieve this alone,” Modi told the inaugural session of the Fourth Bay of Bengal Initiative for Multi-Sectoral Technical and Economic Cooperation (Bimstec) Summit here.

“We have to move together, help each other and complement each other’s efforts.

Bimstec came into existence on June 6, 1997, through the Bangkok Declaration.

It comprises seven countries lying in the littoral and adjacent areas of the Bay of Bengal — Bangladesh, Bhutan, India, Myanmar, Nepal, Sri Lanka and Thailand.

The bloc brings together 1.6 billion people, or 22 per cent of the world’s population, and has a combined GDP of $2.8 trillion.

Its main objective is technical and economic cooperation among South Asian and Southeast Asian countries along the rim of the Bay of Bengal.

With the South Asian Association for Regional Cooperation (Saarc) virtually rendered ineffective as a bloc, India has been giving more importance to Bimstec in recent times.

India is the lead country for cooperation in four priority areas: counter-terrorism and transnational crime, transport and communication, tourism and environment as well as disaster management.

Modi said the Bimstec region had the Himalayas on one side and the Bay of Bengal between the Pacific and Indian Oceans on the other.

“So it comes as no surprise that India’s Neighbourhood First Policy and Act East Policy, both converge in the Bay of Bengal.”

The Prime Minister said India was ready to host a Bimstec Start-up Conclave to ensure contact and connectivity between entrepreneurs of the member states.

“Our countries are mostly agriculture-centric and are fighting the fears of climate change,” he said. “In this connection, India will host an international conference on agricultural, research, education and development.”

In terms of digital connectivity, Modi said India was committed to expanding its National Knowledge Network to Sri Lanka, Bangladesh and Bhutan and proposed to include Myanmar and Thailand as well.

He called upon all the Bimstec member states to participate in the India Mobile Congress to be held in October this year, coinciding with a Bimstec ministerial conclave.

Inviting all Bimstec member states to the International Buddhist Conclave to be held in India in August 2020, he said New Delhi would also like to to organise a Bimstec Youth Summit and a Bimstec Band Festival.

He said India will also offer 30 scholarships in Nalanda University and 12 scholarships for advanced medicine in the Jawaharlal Institute of Postgraduate Medical Education and Research (JIPMER) in Puducherry for Bimstec students.

“Along with this, we will also offer short-term courses for tourism, environment, disaster management, renewable energy, agriculture, trade and WTO under ITEC (Indian Technical and Economic Cooperation),” Modi said.

The Indian leader said that countries linked with the Himalayas and Bay of Bengal regularly faced natural disasters.

“For this, cooperation and coordination between our countries in terms of humanitarian assistance and disaster relief efforts are necessary,” Modi said.

Stating that all nations in the region had faced the problems of terrorism, trans-national crimes connected with terror networks and drug trafficking, he said all these countries should fight the issues unitedly. (IANS)

Volkswagen brand to suspend production in Europe from Thursday