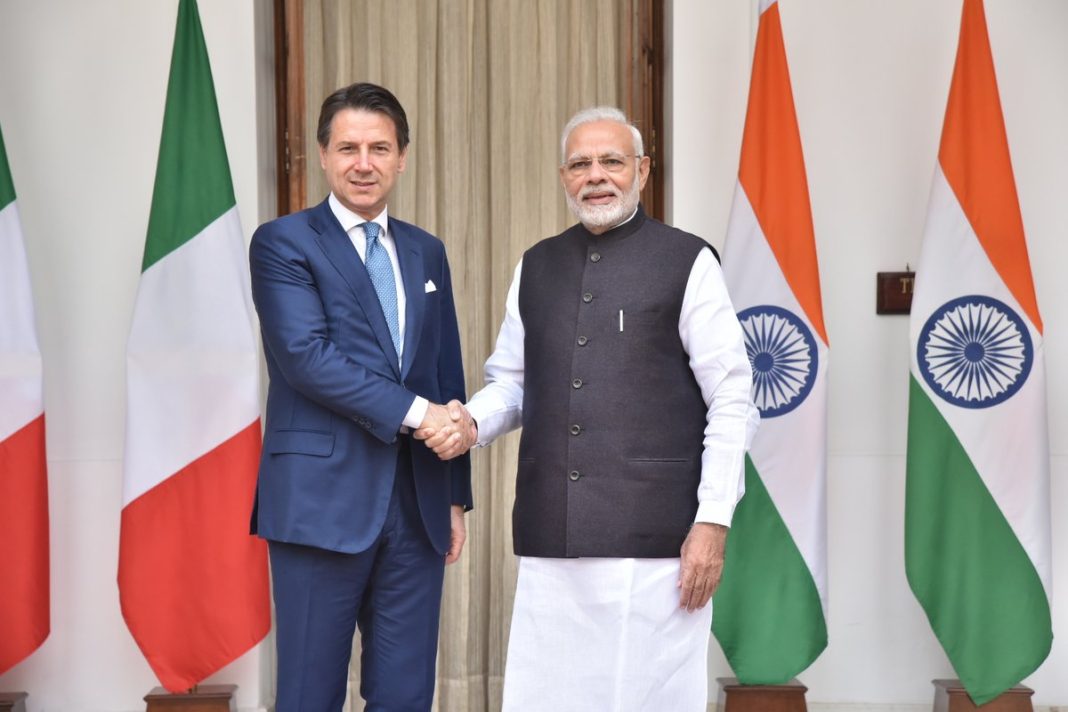 New Delhi– India and Italy have agreed to set up a bilateral industrial development and cooperation mechanism for sharing technological know how and commercialization of scientific research, Prime Minister Narendra Modi said on Tuesday.

In his valedictory address in the presence of visiting Italian Prime Minister Giuseppe Conte at the India-Italy Technology Summit here, Modi said the two governments have also agreed to set up a mechanism to expedite foreign direct investments.

Earlier on Tuesday, Modi held official talks with his Italian counterpart, who is on a day-long visit here.

“As per the recommendations of the Joint Economic Commission, a joint CEOs (Chief Executive Officers) Forum will be set up as a way to boost two-way investments,” he said.

“We have also agreed to set up a fast-track mechanism to ease and expedite the process of making investments,” Modi added.

Lauding Italy’s rich tradition of scientific research and its reputation in manufacturing, Modi said that India and Italy can cooperate in devising technological solutions for the industry.

“We have also decided to set up various Indo-Italian Centres of Excellence. Business and industry of both the countries are already cooperating in bringing cutting-edge technology in various sectors and can cooperate fruitfully in areas like renewable energy, neurosciences, and IT,” he said.

Conte said Italy’s participation as a partner country in this edition of the Technology Summit has a special symbolism coming on the 70th anniversary of diplomatic relations between Italy and India.

“Innovation can be a catalyst for more inclusive growth and globalisation should not leave anyone behind,” Conte said.

“The common goal of our two governments is to be strategic partners in innovation,” he said, adding that the entire gamut of bilateral relations had been reviewed in his talks with Modi.

The objective of the summit was to facilitate technology transfers, joint ventures, R&D and market access. (IANS)