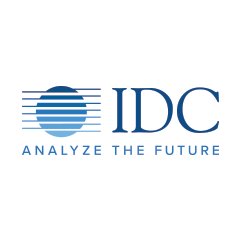 New Delhi– The traditional PC market in India grew 20.2 per cent in the third quarter of 2018, with HP Inc leading the segment with 30.7 per cent share and Dell at second spot with 22.9 per cent market share, International Data Corp (IDC) said on Wednesday.

However, it saw a decline of 10.6 per cent (year-on-year) owing to increased sell-in due to GST implementation in the third quarter last year, said the IDC’s “Quarterly Personal Computing Devices Tracker”.

Consumer PC market recorded an overall shipment of 1.45 million units — a 33.9 per cent increase over the last quarter.

The overall commercial PC market saw a total shipment of 1.25 million units, registering a sequential growth of 7.5 per cent.

“Large education projects in states like Odisha, Rajasthan and Assam drove demand from public sector perspective while continued demand from the SMB (small and medium business) segment, along with refresh buying from the enterprises, also aided in the growth of the commercial segment,” Bansal added.

On the back of strong consumer demand in the channel and execution of state-owned education projects, HP Inc recorded an overall growth of 17 per cent (quarter on quarter).

In the consumer segment, strong channel support and engagement activities enabled the company to grow by 25.1 per cent quarter on quarter.

Lenovo remained in the third position with a 21.3 per cent market share. The consumer PC business grew at a strong 63.7 per cent (quarter on quarter) as the company aggressively focused on expanding online channel and continue growing share in modern retail.