Briefing reporters prior to the second RAKEZ Business Investment Forum here, Jallad said the first such forum held in Mumbai last year had resulted in firm commitments from 20 large Indian companies, as well as over a hundred small firms to set up businesses in RAKEZ.

A RAKEZ release here said this special economic zone, less than an hour’s drive from Dubai, offers a strategic geographical location that helps companies easily take advantage “of the trade flows between East and West”.

“RAKEZ currently houses over 14,000 multinational companies and thousands of freelancers from from more than 100 countries, covering over 50 industries, making it one of the largest economic zones in the region.”

He also said RAKEZ has the highest level of industrialisation in the UAE.

Jallad said that several meetings are lined up at the second RAKEZ business forum here with companies like DCM Shriram, MSN Lab and LT Foods.

“India is very important for us. The bilateral ties between India and the UAE are excellent and out of the over 14,000 multinational companies present at RAKEZ, 22 per cent are Indian. We are looking for more from India and other countries,” he said.

Indian majors like Ashok Leyland, Dabur and GK Technologies are already operating in RAKEZ, he added.

Elaborating on the business opportunities in RAKEZ, the CEO said companies can invest in various areas like manufacturing units, back offices, call centres and sales offices, among others.

One of the UAE’s 45 free economic zones in the UAE, RAKEZ offers clients easy access to markets in the Middle East, North Africa, Europe, and South and Central Asia through major logistical hubs available in the emirate. It is well connected to various countries through road and its five ports.

This economic zone also offers finance facilities, whereby an investor who commits to bear the 60 per cent cost of setting up at RAKEZ, can avail the balance 40 per cent financing from the hosts, he said.

“To smoothen the process, RAKEZ offices have been set up in India, Turkey, Germany and the UK where investors can go to have queries addressed. If an investor wishes to start business, RAKEZ will help him in start operations within 24 hours after getting all clearances and approvals,” Jallad added. (IANS) 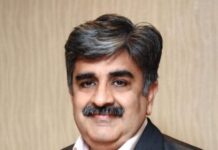 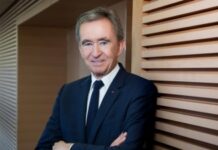