New Delhi–Assuring adequate liquidity measures whenever the need arises RBI Governor Shaktikanta Das on Monday noted that liquidity should not become “loose money” and the apex bank would excercise the measures with caution.

The Reserve Bank of India has “a sense” of the current liquidity situaiton and after his appointment as its Governor has announced additional infusion of liquidity via open market operations (OMOs) of Rs 60,000 crore, Das said here on Monday after meeting the representatives of Micro, Small and Medium Enterprises (MSMEs).

“While dealing with the issue of liquidity, I would also like to say that it is something which the RBI is constantlyy monitoring and will take steps whenever there is a need to deal with the liquidity deficit, if it is noticed.

“… At the same time I must also add the RBI would not like a situation where liquidity becomes a kind of a loose money. Any infusion of liqidity will have to be very carefully considered and has to be need-based. So, the caution and care has to be excercised by the RBI, that excess liquidity which sometimes has adverse consequences that is not created,” he added.

Das further said that he will meet the representatives of Non-banking Financial Companies (NBFCs) on Tuesday in Mumbai. (IANS) 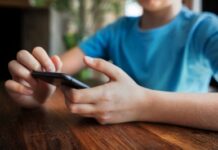