“Technology needs to be regulated. There are now too many examples where the no rails have resulted in a great damage to society,” The Verge quoted Cook as saying during the Time 100 Summit in New York City.

“We all have to be intellectually honest, and we have to admit that what we’re doing isn’t working,” he added.

In a bid to explain to US-based lawmakers what he meant, Cook cited the example of General Data Protection Regulation (GDPR) data privacy rules in Europe.

“Europe is more likely to come up with something. GDPR is a step in the right direction,” Cook said, adding “We are advocating strongly for regulation – I do not see another path at this point.”

However, for improving data privacy, he said he does not promote going overboard with depending on the government or leveraging the government with favours and cited Apple as an example.

“We cannot look for the government to solve all of our problems. Apple doesn’t have a Political Action Committee (PAC) and I refuse to have one because it shouldn’t exist. The company donates zero to political candidates,” Cook noted.

In the US, PAC is an organisation that pools campaign contributions from members and donates those funds to campaigns for or against candidates, ballot initiatives or legislation. (IANS) 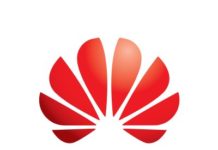 Huawei unveils its refreshed line up of 5G products