This comes as a blow for the government as the key argument that senior officials in the NDA government have consistently made is that the GDP figures are accepted by global organisations like the World Bank and the IMF.

“With regards to the newer numbers that are coming out, we are paying close attention to it, we are speaking closely to our colleagues in India and then we will make a determination based on that,” Gopinath told CNBC.

While she welcomed the changes made to the GDP calculation in 2015, including the change in base year, she also flagged concerns over the “deflator” used to calculate the real GDP.

“There were important revisions that were made in 2015 as a part of modernizing India’s national accounts statistics, so that is certainly welcome. That said there are still some issues that need to be fixed and this we have flagged before with respect to the deflator that is being used for estimating real GDP… this is something we have flagged in the past,” Gopinath said.

Several experts have expressed doubt over the unemployment, growth rate figures and have alleged that the government was suppressing uncomfortable data.

Explaining one such point of contention, R. Nagaraj of the Indira Gandhi Institute of Development Research had told IANS that as the employment rate has fallen, one would also expect output growth to have decreased, unless there is a huge rise in productivity per worker for which there is no evidence.

“So, the rising GDP and declining employment rate for the same year seems anomalous,” he said.

Nagraj, alongside several economists, in a statement released earlier this month, questioned the government’s intent behind the Gross Domestic Product (GDP) methodology revision and called for the restoration of independence of statistical bodies in light of the allegations that government was suppressing uncomfortable data.

Earlier this year, a report citing National Sample Survey Office’s PLFS data, the publication of which was withheld, revealed that unemployment in the country was at a 45-year-high of 6.1 per cent in 2017-18. (IANS) 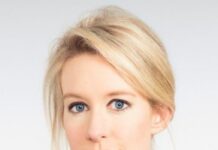