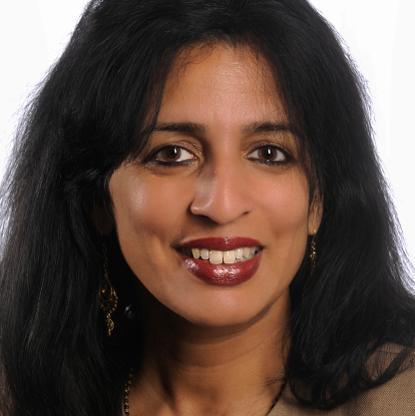 BOSTON—Three Indian American women have made to the Forbes’ List of America’s Richest Self-Made Women in 2019. They are: Jayshree Ullal, Neerja Sethi, and Neha Narkhede.

Here is the biographical sketch of the three Indian American women reprinted from Forbes magazine:

Jayshree Ullal has been president and CEO of Arista Networks, a computer networking firm, since 2008. The publicly-traded company recorded revenues of $2.2 billion in 2018.

Ullal owns about 5% of Arista’s stock, some of which is earmarked for her two children, niece and nephew.

Born in London and raised in India, she is now one of America’s wealthiest female executives.

Neerja Sethi cofounded IT consulting and outsourcing firm Syntel with her husband Bharat Desai in 1980 in their apartment in Troy, Michigan. French IT firm Atos SE bought Syntel for $3.4 billion in October 2018. Sethi got an estimated $510 million for her stake.

Sethi, who had served as an executive at Syntel since 1980, did not join Atos after the acquisition. Sethi met her husband in the U.S. while working for pioneering IT firm Tata Consulting Services which they attempted to emulate.

The couple started the business with an initial investment of just $2,000.

In 2014, she and two LinkedIn colleagues founded Confluent to build tools for companies using Apache Kafka, which became open source in 2011. The company raised $125 million in January 2019 in a round led by Sequoia Capital, bringing its total funding to $206 million. It counts Goldman Sachs, Netflix and Uber as customers.

“List members range in age from 21 to 92, and are worth a combined $81.3 billion. The minimum net worth to make Forbes’ fifth annual ranking of these women is $225 million,” Forbes said. “A record 25 are billionaires, one more than last year. Nearly half, or 38, live in California, followed by New York with 9. Nineteen were born outside of the U.S., in countries spanning Burma to Barbados.”

Forbes reported that more women are creating new businesses and amassing fortunes than ever before.

“As a result, Forbes has expanded our ranking of the nation’s wealthiest self-made women to 80 ceiling crashers, one third more than a year ago. Each of these overachievers has blazed her own trail,” according to Forbes.

The magazine said that some, like the entrepreneurs behind toilet spray Poo-Pourri and vegan makeup line Thrive Causemetics, created fresh products while others like Belinda Johnson, Airbnb’s chief operating officer, joined tech juggernauts as they were taking flight.

“Still others, including musician and beauty entrepreneur Rihanna and reality TV star-turned makeup mogul Kylie Jenner, have figured out ways to monetize their fame, fans and social media followers,” Forbes said. “At the top of the ranks for the second year in a row is Diane Hendricks, who added $2.1 billion to her net worth in the past year, thanks to record sales of $10.5 billion at her roofing giant, ABC Supply.” 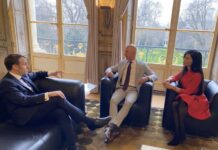 Jeff Bezos could be world’s first trillionaire by 2026