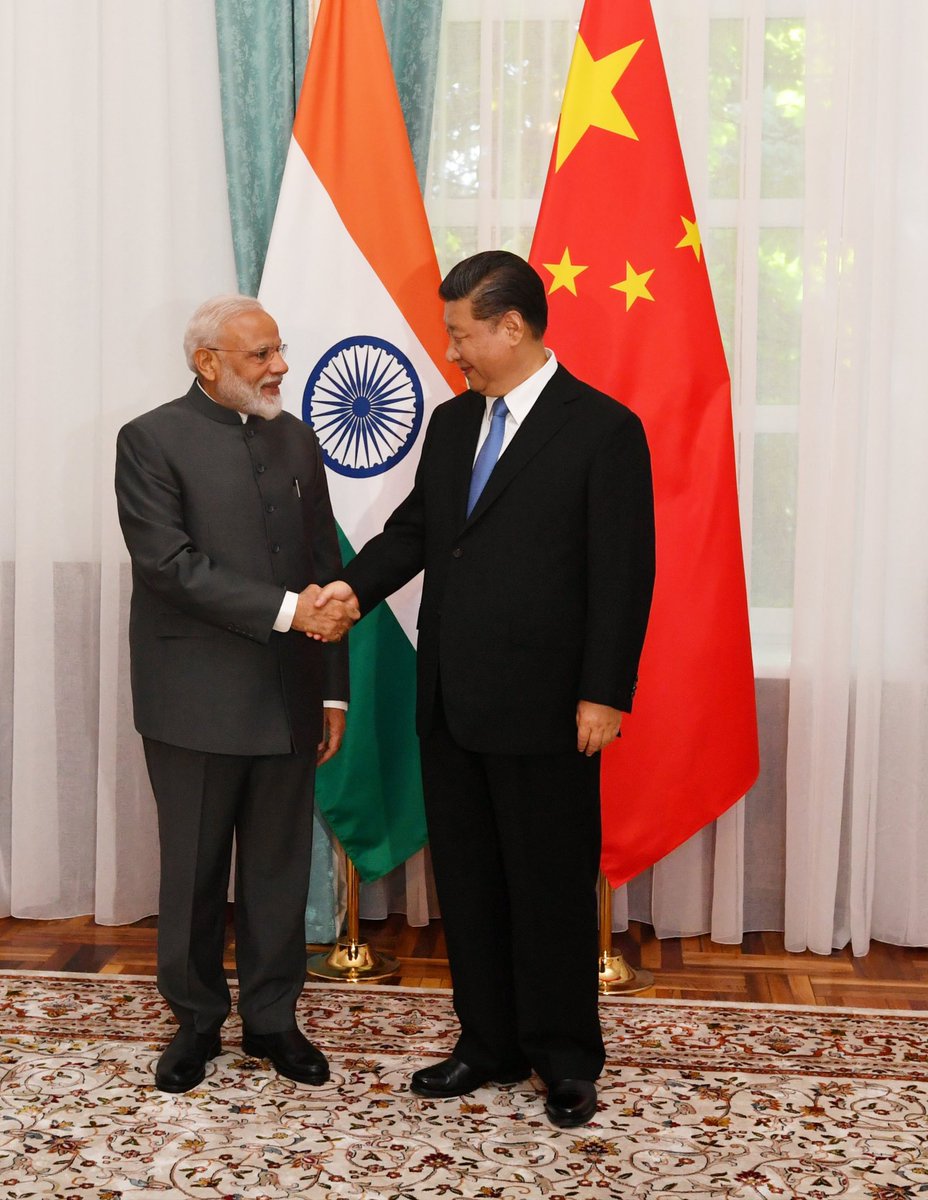 Bishkek (Kyrgyzstan)– China has simplified some regulations related to import of certain goods from India to address the trade imbalance as President Xi Jinping on Thursday told Prime Minister Narendra Modi here that he will be taking further such steps.

This was stated by Indian Foreign Secretary Vijay Gokhale at a media briefing after Modi and Xi held talks here, laying the ground for the Chinese President’s substantive visit to India later this year.

Modi invited Xi for an “informal Summit” in India this year. Xi accepted the invitation and said he looks forward to the visit to strengthen the relationship.

Modi and Xi agreed that the two countries have a historic opportunity to look forward to a number of issues, address a number of problems and to take India-China relations to a new level, the Foreign Secretary said.

Describing the meeting as “relatively brief” but “substantive in content”, he said there was “some discussion on trade” in the context of trade imbalance, which is in favour of China.

The Foreign Secretary said China has simplified some regulations on goods like non-basmati rice and sugar, as a result of which there will be a “significant uptake” in Indian exports to China.

The Chinese President told the Prime Minister that these are “initial steps” and that he would be taking further steps to address the trade imbalance, Gokhale said.

“Both sides agreed that, in some manner we have to, in the next few months, see how we can achieve a significant breakthrough in the discussions between the two sides,” he added.

Modi and Xi also had a brief discussion on the boundary question and they asked the Special Representatives of the two countries, who were present in the meeting, to expedite the process of finding a “fair, reasonable and mutually-acceptable” solution to the issue.

It was also noted at the meeting that 2020 will mark the 70th year of establishment of diplomatic relations between India and China.

In this context, the Prime Minister said it should be marked in a befitting manner.

It was decided that the two countries will organize 70 important events jointly — 35 in each country – and Foreign Ministers were tasked to discuss mechanism for the same.

“This is the beginning of a series of interactions the two leaders (Modi and Xi) will have,” Gokhale said, adding that they will “meet and greet” at the G-20 Summit, then at the BRICS Summit before the “informal summit” in India. (IANS)

Wings India 2022 all set to take off in Hyderabad