New Delhi– India said on Thursday that its commitment to extradite fugitive liquor baron Vijay Mallya “is very strong” and it will continue to make all efforts to bring him back from the UK.

The reply from Ministry of External Affairs spokesperson Raveesh Kumar came as a UK court said that Mallya’s appeal in the UK High Court against his extradition order has been listed for a three-day hearing from February 11 next year.

Asked why the dates were so far away, Kumar said that India cannot do anything about the dates. “It is a judicial process. It is for the court to decide on the next hearing. They will consult the parties and decide on the dates,” he said.

“I can only assure you about our commitment and it is very strong, that we will continue to put all efforts together to extradite him,” he asserted.

Mallya, 63, is facing extradition proceedings in the UK. He left India on March 2, 2016 after defaulting on loans amounting to Rs 9,000 crore. He has repeatedly denied fleeing the country, saying he is ready to pay back the money he owes to the Indian banks.

India had in 2017 filed for Mallya’s extradition, which he contested. He is out on bail.

A consortium of 13 banks, led by the State Bank of India, has initiated loan recovery proceedings against him. The proceedings are on before a special court in Mumbai under the Fugitive Economic Offenders Act.

The Enforcement Directorate had also moved the Special Prevention of Money-Laundering Act Court last year to get Mallya declared a “fugitive economic offender” and confiscate his properties, estimated at more than Rs 12,000 crore, making it the first such case of its kind under the new law. (IANS) 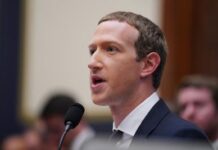 Sensex ends 100 points down amid volatility