San Francisco– A memorandum written by a female Google staffer that accuses the tech giant of discriminating and retaliating against her for being pregnant has gone viral and has been seen by over 10,000 employees.

The memo has triggered employees to post memes defending the woman staffer on an internal message board.

The memo titled “I’m Not Returning to Google After Maternity Leave and Here is Why,” was posted last week to an internal company message board for expecting women and new mothers.

It was reposted to other internal message boards and has since gone viral, multiple current Google employees in different parts of the company were quoted as saying by the Motherboard.

Since then, employees have been posting memes that have gathered thousands of likes. The memes were made in support of the woman on an internal message board called ‘Memegen’, the report added.

Meanwhile, a Google spokesperson has reportedly said that the company prohibits retaliation in the workplace and publicly shares a very clear policy.

“To make sure that no complaint raised goes unheard at Google, we give employees multiple channels to report concerns, including anonymously, and investigate all allegations of retaliation,” the Motherboard report added. (IANS)

Facebook to pay $550mn over its facial recognition technology 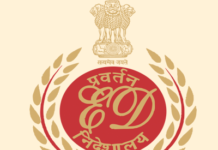