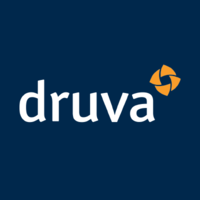 Las Vegas–Cloud data protection and management company Dhruva, which started its journey in India in 2008, on Tuesday announced it has surpassed $100 million in annual recurring revenue (ARR), marking a major milestone in the company’s hyper-growth journey.

ARR is an essential Software-as-a-service (SaaS) business metric that shows how much recurring revenue a company can expect, based on yearly subscriptions.

Fuelled by increasing cloud adoption and a shift to SaaS delivery for data protection, Druva which has now moved its headquarters to Sunnyvale, California, has almost tripled its annual revenue in three years, a senior company executive told IANS here.

“This achievement is built on the company’s announcement this summer it had secured an additional $130 million in late-stage funding,” said Milind Borate, Co-Founder and CTO, Druva, on the sidelines of the AWS “Re: Invent” conference here.

“The latest milestone is a testament to the growing demand for a new approach, free of legacy hardware, to protect data no matter the type or source, in a centralised and secure manner,” he added.

Borate sits at Dhruva’s Pune office which has nearly 500 employees out of over 800 globally. The entire R&D work is being done from Pune.

According to Singh, founder and CEO, Druva, customers trust the company, which recently surpassed $1 billion valuation to become a unicorn, to help them successfully transform their businesses through the cloud.

“As others introduce solutions in the category we have pioneered, Druva is accelerating growth, expanding data protection capabilities and cementing ourselves as the clear category leader,” he said.

The company has over 4,000 clients globally who are embracing the cloud.

More than 600 customers rely on Druva to protect data centre workloads, a number that has grown by 70 per cent in a year.

Over 800 customers are protecting their cloud workloads (SaaS applications and AWS workloads) — a figure that has almost doubled in the last 18 months.

Druva now serves more than 10 per cent of the Fortune 500, including companies such as Flex, Hitachi, Live Nation, Marriott and Pfizer.

Last month, Druva was recognised in the “Deloitte Technology Fast 500”, a ranking of the 500 fastest growing technology, media, telecommunications, life sciences and energy tech companies in North America for the fourth consecutive year.