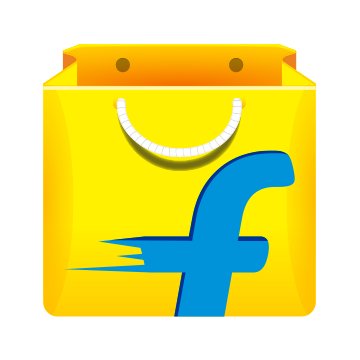 New Delhi– Consensus is building within the government that e-commerce players like Flipkart, Amazon will have to indicate the country of origin of the product on their merchandise.

DPIIT under the Ministry of Commerce and Industry is likely to tell e-commerce companies that it would be mandatory to provide information about the product on their platform, where the product came from or where it was made, or the country of origin. DPPIT held a meeting today with the e-commerce players on this issue.

According to sources, DPIIT has suggested the deadline of August 1 to e-commerce companies to kick off this exercise.

That is, all the products will be sold / listed on the e-commerce platform from August 1, where information of the country of origin will have to be given.

However, e-commerce companies have asked the government for a little more time for this implementation.

According to the sources, e-commerce companies have talked about accepting the government’s move but have asked for some time to implement.

The move comes in the backdrop of a huge movement in the country to ban Chinese goods which is seeing a groundswell.

Accepting an earlier demand of the CAIT, the Union Government has declared to have mandatory inscription of all goods that are to be sold on Government e Market portal and in furtherance of the same, the Ministry of Consumer Affairs.

Earlier, intensifying its national movement for boycott of Chinese goods, the Confederation of All India Traders (CAIT) had asked Union Commerce and Industry Minister Piyush Goyal that all products sold in India through e commerce or offline shops or by any other method should mandatory having the mention of Country of Origin and content of valued addition in the said item.

CAIT said that in the wake of several goods import from China and other Countries are reported to be sold in India after pasting Made in India has prompted the CAIT to demand the Commerce Minister not to limit this provision only for e-commerce but make it a mandatory provision for all the products that are sold in India either by e-commerce, offline shops, corporate showroom, direct selling or by any other method.

The CAIT further demanded that products not carrying the above description should not be sold in the Country and in the event of violation of this provision, the manufacturer, producer, importer or marketer as declared on the packing of such product should be held responsible and action must be taken against them.

“We are of the considered opinion that provision of mentioning Country of Origin and Value addition will make the customers fully understand as to what they are purchasng and will obliviate all confusions. Such a provision will also strengthen the ‘Make in India’ concept of Prime Minister Shri Narendra Modi and will also demolish the unethical designs of certain sections to sell imported goods by wrongly labelling ‘Made in India’ on such goods”, said CAIT.

It said that since the Union Government has begun the process of mentioning both above provisions on products sold on GeM from the date of the declaration then there should be no reason for delay from other e-commerce companies and they must implement the same with immediate effect. (IANS)