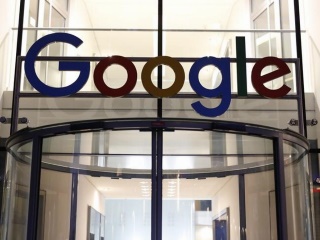 Sydney– Google on Sunday slammed Australia’s draft News Media Bargaining Code again, saying it is unworkable and the company has raised concerns about its unfair payment conditions and unclear definitions and obligations.

Stressing that the draft code would set a dangerous precedent as a similar one-sided, forced-dealing regime could be imposed in other industries, impacting other companies, Google said that the code is unworkable for the company in its current form.

Google recently announced a US$1 billion global investment to license content for a new product, News Showcase, which is rolling out first in Germany and Brazil.

“We signed several agreements with Australian publishers for this product in June, and were hoping to launch it here soon. We have had to put these plans on pause for now as we don’t know yet if a product like News Showcase would be viable under the code,” said Mel Silva, VP, Google Australia & New Zealand.

“The agreements we have signed in Australia and around the world show that not only are we willing to pay to license news content for a new product, but that we are able to strike deals with publishers without the draft code’s onerous and prescriptive bargaining framework and one-sided arbitration model”.

According to the Australian government, the draft code would allow news media businesses to bargain individually or collectively with Google and Facebook over payment for the inclusion of news on their services.

However, Google said that the highly unusual, largely untested, one-sided arbitration system in the proposed law will not allow fair negotiations and no business can operate with that level of uncertainty.

The draft code proposes, in effect, a ‘must include, must pay’ system, something that’s extreme and unprecedented.

It essentially forces Google to provide a benefit to Australian news businesses and to pay them to receive that benefit.

A ‘must include’ regime is rare, the company said.

“What’s particularly concerning is that it’s not just one unequal negotiation. We would be forced into these one-sided negotiations with all registered news businesses in Australia that earn more than $150,000 per year”.

Google said that it could face extreme and uncommercial claims for payment — which is not financially sustainable for any company.

“The code is extremely broad and lacks vital definitions. This makes it difficult to know how to comply with its many provisions, and it carries potentially enormous financial penalties”.

Google could be fined up to 10 per cent of its Australian revenue for a single breach.

“No business in Australia should have to manage the huge risk that comes with such severe penalties for such uncertain provisions,” the tech giant noted.

In fact, said Google, no other code in Australia carries such huge penalties. Penalties for breaches of other codes that carry penalties (and many of them don’t) are a maximum of $66,000.

On April 20, the Australian Government announced it had directed the Australian Competition and Consumer Commission (ACCC) to develop a mandatory code of conduct to address bargaining power imbalances between Australian news media businesses and each of Google and Facebook.

Google said it has proposed changes to the ACCC and the government, and is “continuing to engage with them constructively so we can get to a fair code for everyone”.

B20 summit concludes with many consensuses, results

Entrepreneurs with second line of management get more revenue: report

E-Pharmacy to improve accessibility, affordability of medicines in India