New Delhi– Amazon Prime has reached a user base of 200 million, according to the outgoing CEO Jeff Bezos, which is an increase of over 50 million during the pandemic only.

In his final annual letter to Amazon’s shareholders on Thursday, Bezos who will be replaced by former AWS head Andy Jassy as Amazon CEO this year, said that customers have connected more than 100 million smart home devices to Alexa.

“Last year, we hired 500,000 employees and now directly employ 1.3 million people around the world. We have more than 200 million Prime members worldwide. More than 1.9 million small and medium-sized businesses sell in our store, and they make up close to 60 per cent of our retail sales,” Bezos informed.

Bezos said that Amazon has created $1.6 trillion of wealth for share owners.

On the Cloud services vertical, Bezos said that across AWS’s entire 2020 revenue of $45 billion, “that 30 per cent would imply customer value creation of $19 billion (what would have cost them $64 billion on their own cost $45 billion from AWS).

According to him, this value creation is not a zero-sum game.

“It is not just moving money from one pocket to another. Draw the box big around all of society, and you’ll find that invention is the root of all real value creation. And value created is best thought of as a metric for innovation,” Bezos stressed. (IANS) 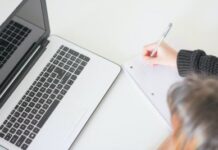 Huawei hits back at US over tighter chip export rules

India can bolster Snapchat’s prospects as Facebook goes after it