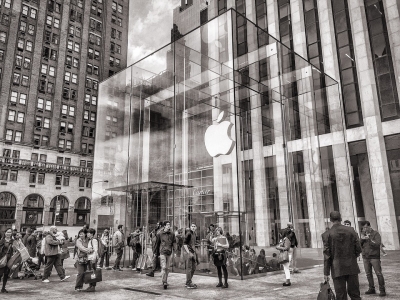 San Francisco– With an aim to eliminate gender bias, Apple is adding two new voices to Siri’s English offerings besides removing the default “female voice” selection in the latest beta version of iOS.

The latest update will allow iPhone and iPad users to choose their preferred Siri voice during device setup.

According to a TechCrunch report, this is a positive step forward as it allows people to choose the voice that they prefer without the defaults bias coming into play.

“We’re excited to introduce two new Siri voices for English speakers and the option for Siri users to select the voice they want when they set up their device,” Apple said in a statement on Wednesday.

“This is a continuation of Apple’s long-standing commitment to diversity and inclusion, and products and services that are designed to better reflect the diversity of the world we live in,” it added.

The report found that by using a female voice for AI-powered assistants, gender stereotypes were being perpetuated.

“Companies like Apple and Amazon, staffed by overwhelmingly male engineering teams, have built AI systems that cause their feminized digital assistants to greet verbal abuse with catch-me-if-you-can flirtation,” the report stated.

“Because the speech of most voice assistants is female, it sends a signal that women are … docile and eager-to-please helpers, available at the touch of a button or with a blunt voice command like ‘hey’ or ‘OK’,” it added.

The two new voices also bring some much-needed variety to the voices of Siri.

The two new voices use source talent recordings that are then run through Apple’s Neural text to the speech engine. The new voices are available to English-speaking users around the world and Siri users can select a personal preference of voice in 16 languages.

More diversity in voice, tone and regional dialect can only be a positive development for how inclusive smart devices feel, the report said. (IANS)

Airbnb ties up with NEC, NEDC to boost tourism in northeast India