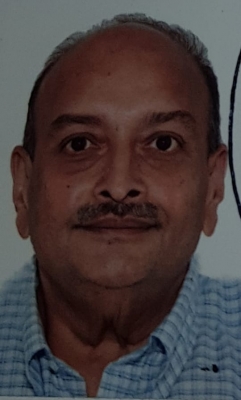 New Delhi– Antigua and Barbuda Prime Minister Gaston Browne has said that fugitive diamantaire Mehul Choksi, who was captured in Dominica after going missing for three days “needs to return to India” where he can face the criminal charges levelled against him.

While Choksi’s lawyer Vijay Agarwal says that the moment the businessman, who is also the chairman of the Gitanjali group, acquired the citizenship of Antigua he ceased to be a citizen of India and hence legally as per Immigration and Passport Act Section 17 and 23, he can only be deported to Antigua.

Antigua News Room, a media outlet, quoted Browne as telling journalists in Antigua and Barbuda: “We asked them not to repatriate him to Antigua. He needs to return to India where he can face the criminal charges levelled against him.”

Choksi, who is wanted by the CBI and the ED in connection with the over Rs 13,500 crore Punjab National Bank (PNB) loan fraud case, has reportedly been taken into custody in Dominica on Wednesday.

Choksi was reported missing on Sunday from Antigua and Barbuda, where he had taken citizenship, sparking a manhunt for the fugitive businessman.

The Antigua Observer also reported that Choksi is in the custody of the Criminal Investigation Department (CID) in Dominica.

Choksi is fighting two cases in Antigua, according to the CBI, related to his citizenship and his extradition to India. He had fled India after taking citizenship in 2017 in Antigua, where wealthy foreigners can become citizens in exchange for investing there.

Speaking to IANS, Agarwal said, “As per Indian Citizenship Act Section 9, the moment Choksi acquired the citizenship of Antigua he ceased to be a citizen of India. Hence legally he can be deported only to Antigua.”

Agarwal said that “moreover as there is Antiguan High Court order restraining processing any request from India so my understanding is that he has to be sent back to Antigua only and there is no question of him being sent to India”.

“Moreover there should be no speculations till one finds out from Choksi that how he landed in Dominica, my understanding is that his reaching Dominica is not voluntary,” he said.

Agarwal also said that “I find something fishy that nobody seems to be at the moment looking into the fact that how exactly he reached Dominica.”

“It has to be done legally and it is not a game of chess and we are dealing with a human being and nor a pawn that shall be placed here or there and it cannot be on somebody’s desires and whims.

“Further as per universal declaration of human right there are international covenants on voluntary repatriation and a person can be deported to only the country of his citizenship,” Agarwal said.

On Sunday, the Commissioner of the Royal Police Force of Antigua and Barbuda, Atlee Rodney, had said the force is currently following up on the whereabouts of Choksi, who is reportedly missing, local media Antigua News Room had reported.

CBI sources here said that he was captured on the basis of the Red Corner notice issued by Interpol earlier.

Choksi, an accused in the over Rs 13,500 crore PNB fraud case along with his nephew Nirav Modi, has been residing in Antigua and Berbuda since January 4, 2018.

The CBI and ED, which have filed separate chargesheets in the case, are trying for the extradition of Choksi. (IANS)