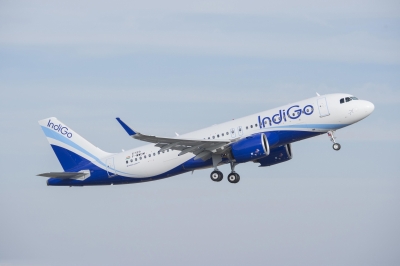 Hubballi (Karnataka)– An IndiGo flight’s tyre burst while it was attempting to land at Hubballi in Karnataka, the airline said on Tuesday.

The 6E 7979 aircraft, an ATR, was operating from Kerala’s Kannur.

Confirming the incident, the airline said in a statement, “IndiGo ATR 6E 7979 from Kannur to Hubli reported a tyre burst at Hubballi upon arrival on Monday evening.”

The aircraft, however, landed safely at around 8.35 p.m. on Monday with seven passengers and four crew members.

“All passengers and crew are safe. The aircraft is currently undergoing maintenance checks at Hubballi,” the IndiGo statement read.

The airport director of Hubballi, Pramod Kumar Thakur, told reporters that all the passengers were safely deboarded and the runway was cleared for operations at 2.20 am.

“It was the last flight of the day, hence the airport remained unaffected. All our operations were normal on Tuesday,” he said. (IANS) 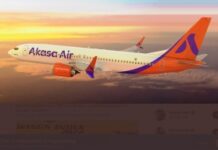 Akasa Air’s financial muscle: Can induct 72 aircraft over next 5 yrs

India continues to engage with US on Iran oil imports