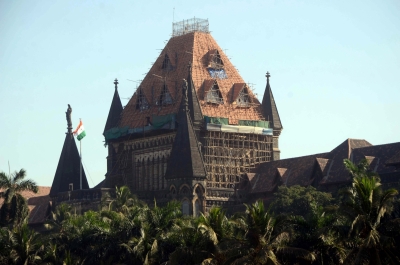 Mumbai– The National Spot Exchange Ltd (NSEL) has got a shot in the arm with the Bombay High Court converting its suit for recovery of Rs 937.89 crore against NK Proteins and others into a commercial suit which would ensure stringent procedural formalities for speedy disposal of the case against the defaulter.

In its order, the court came down very heavily on NSEL largest defaulter NK Proteins Group for opposing the conversion of a regular suit into a commercial suit.

The High Court observed that the present case fell under the definition of “Commercial Dispute” under the Commercial Courts Act, 2015, which requires urgent and quick resolution of the matter.

The court’s ruling, on the application made by NSEL in September 2015, set the way for priority hearing that the Commercial Courts Act demands.

Notably, the Commercial Courts Act contains extensive rules of procedure and provides for mechanisms for fast-tracking the matter. It sets strict timelines and endeavours to make attempts at delaying the suit exceedingly difficult and expensive.

In a statement, the NSEL said the order recorded opposition by defaulting entity as “bereft of substance” and “opposition for the sake of it”.

“The High Court order is a major boost to NSEL’s fight against defaulters and strengthens its efforts in recovering the defaulted money,” it added.

NK Proteins Ltd is one of the largest defaulters in the Rs 5,600 crore NSEL payment default crisis with a liability of Rs of about Rs 935 crore.

Last week, an order by the Punjab and Haryana High paved the way for a criminal investigation against NSEL defaulter LOIL Group and an arrest of its owners Balbir Uppal and Janak Raj Singh for the recovery of Rs 720.31 crore.

“NSEL is getting booked all the defaulters one-by-one under the law, who were let go scot-free by the then Forward Markets Commission Chairman Ramesh Abhishek in 2013, in conspiracy with the then Additional Secretary in Department of Economic Affairs K.P. Krishnan and former Finance Minister P. Chidambaram,” said the company.

Pointing out that the NSEL payment default was an engineered crisis, the company said it was solvable, though it was not solved by then FMC Chairman Ramesh Abhishek who conspired with K.P. Krishnan and P.Chidambaram.

“Even though the Economic Offences Wing, Mumbai, had submitted its report, Ramesh Abhishek deliberately did not take any action against the defaulters and brokers. He let every broker and defaulter escape scot-free,” NSEL alleged.

Despite being unjustly targeted, it stated, NSEL had been continuously striving to recover the default amount from the 22 defaulting entities, which has resulted in obtaining the decree of Rs 3,364.71 crore and crystallisation of liability by the High Court Committee to the tune of over Rs 930 crore.

NSEL said the entire recovery process has been possible on account of its single-handed efforts and added that the Decrees were under execution at respective jurisdictions across India where it has achieved injunction or attachment in the Execution Proceedings as well. (IANS) 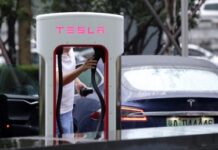 Hyundai finds itself on a sticky path