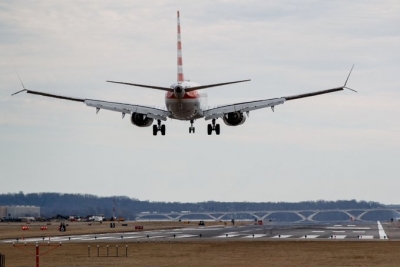 Accordingly, the proposed airline venture has applied for a NoC (No Objection Certificate), AoP (Air Operator Permit) and other permits from the Ministry of Civil Aviation (MoCA).

In fact, the first stage of acquiring the NoC is still underway. Interestingly, there are several stages to get the overall clearances to start an airline venture in India.

Firstly, the proposed entity receives an NoC by MoCA, followed by a security background check, then an AoP is issued and thereafter the technical viability of the airline receives a safety clearance.

“These clearances might take up to year-end as the first stage is ongoing,” official sources said.

“The technical feasibility of the proposal as well as the financial backing of the promoters apart from other details regarding security based background checks are conducted in this process.”

According to a second source, the proposal entails the venture to operate an all Boeing 737 Max aircraft fleet.

Notably, these aircraft are yet to receive regulatory clearance to restart operations in India.

“The process of Max’s safety recertification is active as of now,” the second source said.

On its part, Boeing India said: “We always seek opportunities and talk with current and potential customers about how we can best support their fleet and operational needs.”

The proposed airline venture is partly funded by Jhunjhunwala, while ex-Jet Airways CEO Vinay Dube will manage the airline.

Jhunjhunwala will be represented by ex-IndiGo boss Aditya Ghosh in the proposed airline’s Board.

Additionally, the NOC will be held by SNV Aviation, the holding company for the proposed airline. (IANS)