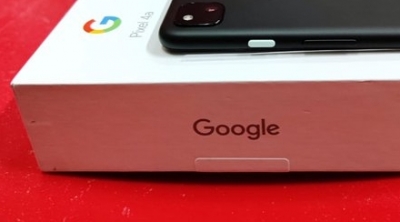 The rumour was confirmed by a code in Google’s new Camera app, which arrived with the Android 12 Beta 4, GSMArena reported on Thursday.

According to the report, the code mentions ‘p21’, which refers to the upcoming Pixel 6 series, attached to a ‘gn1_wide’, which is very straightforward to decipher.

The GN1 sensor, which Samsung unveiled last May, has 1.2µm-sized pixels before binning. Combining them 4-to-1 turns the 50 million 1.2µm pixels to 12.5 million 2.4µm-sized pixels.

The sensor was used in the vivo X60 Pro+ and should not be confused with GN2 sensor in the Mi 11 Ultra, which has slightly larger 1.4µm pre-binned pixels and 2.8µm binned ones, the report said.

Recently, Google announced that it had developed its own custom-built chip to power the next generation of Pixel 6 smartphones that will arrive in the market later this year.

Called Tensor, the AI-enabled System on a Chip (SoC) has been developed specifically for Pixel phones.

“These new phones redefine what it means to be a Pixel. From the new design that combines the same beautiful aesthetic across software and hardware with Android 12, to the new Tensor SoC, everything about using the Pixel is better,” Rick Osterloh, Senior Vice President, Devices and Services, said earlier.

Google said that Tensor was built for how people use their phones today and how people will use them in the future. (IANS)

National Rental Policy likely to be out soon: Hardeep Puri