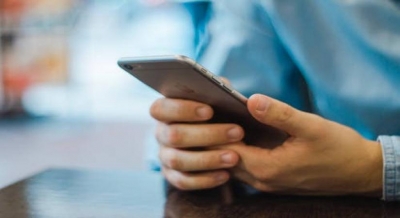 New Delhi– After facing a 11 per cent decline in the second quarter (Q2), the Indian smartphone market is expected to stay resilient and bounce back in the third quarter (Q3) and beyond, a new report showed on Monday.

While the overall handset market dropped by 31 per cent (on-quarter), there was a significant (on-year) growth with shipments up by 72 per cent in the April-June quarter.

“Regional lockdowns, during April and May, in response to the second pandemic wave contributed to the decline. However, shipments bounced back in June. Xiaomi replaced Samsung at the top in terms of overall shipments for the second time in the last three years,” said Shipra Sinha, Analyst-Industry Intelligence Group, CMR.

For the entire year, CMR estimates point to a potential 5-8 per cent (YoY) growth in smartphone shipments.

“We remain cautiously optimistic about the smartphone market in H2 2021. We expect smartphone shipments to be robust, driven by the early festive sales, attractive offers and continued consumer demand for smartphones as a major life enabler amidst the pandemic,” said Anand Priya Singh, Analyst-Industry Intelligence Group, CMR.

“The fragile supply chain and a potential third Covid wave are variables at play that may hurt the market recovery.”

According to the CMR report, total smartphone shipments in India grew 85 per cent (YoY) in the June quarter.

Driven by the strong consumer demand, 4G smartphones accounted for 87 per cent market share. However, on a QoQ basis, the smartphone market dropped down by 11 per cent.

Xiaomi (29 per cent), Samsung (17 per cent) and Vivo (15 per cent) captured the top three spots in the smartphone leaderboard in Q2.

realme and OPPO shipments grew by 142 per cent and 120 per cent, respectively.

realme led the 5G smartphone segment with 24 per cent market share followed by OnePlus at 21 per cent.