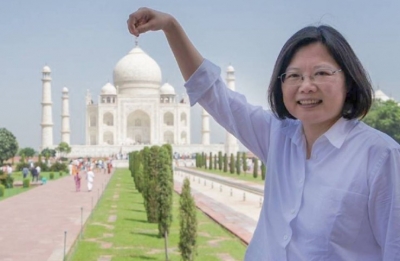 New Delhi– Taiwan is quietly increasing its investments in India from the current $2.3 billion. Recently, a Taiwanese delegation met Maharashtra officials to discuss ways to boost economic and technological activities between the two.

“Very fruitful discussion with Hon MP U. Patil, Hon MP Shevale and Hon MP H Patil. Looking forward to closer ties between Taiwan and India in general as well Taiwan and Maharashtra in particular,” Taipei Economic and Cultural Center (TECC) that serves as the de-facto embassy in India, said in a tweet.

Last month, the Telangana government proposed setting up a Taiwan specific industrial cluster in the state to attract more investments from Taiwan.

Several Taiwanese contract manufacturers including Foxconn, Wistron Corp and Pegatron Corp have already set up their manufacturing facilities in India. According to a Reuters report, these companies have drawn up plans to plough in $900 million in India over the next five years to tap into the government’s production-linked incentive plan.

Taiwan is also a key player in the global supply chains network.

Though New Delhi and Taipei have no diplomatic ties at present, India is one the 18 countries under its New Southbound Policy” that Taiwan is expecting to expand its bilateral and economic ties with.

“There is a need to build greater economic co-operation and trust between India and Taiwan. The two countries need to leverage each other’s strengths,” Gopal Krishna Agarwal, BJP’s spokesperson on economic affairs, told India Narrative.

“It will be beneficial to both countries (India and Taiwan) to increase mutual cooperation economically and even diplomatically,” Agarwal said, adding that India’s foreign and economic policies need to be driven by domestic interests.

Senior government officials pointed out the need to expand bilateral relations “based on mutual interests.”

“We should expand our ties with Taiwan irrespective of what our relations are with other countries. Taiwan is already a mature economy and a technology hub,” Shakti Sinha, former bureaucrat and director at Atal Bihari Vajpayee Institute of Policy Research and International Studies told IndiaNarrative.com.

In fact, last year, thousands of Indians took to the social media to celebrate and mark the National Day of Taiwan in October despite the Chinese embassy issuing a letter to the Indian media organisations to honour the “One China” policy. “All countries that have diplomatic relations with China should firmly honour their commitment to the One-China policy, which is also the long-standing official position of the Indian government,” the letter said.

Is India gradually moving away from the One-China policy?

“But as this was the first time since 2015 that the Prime Minister was publicly greeting the Dalai Lama on his birthday, it has naturally raised a whole set of questions about India’s China policy at large,” an Observer Research Foundation paper said. There are growing demands in India to have a re-look at its ï¿½One China’ policy. Since 2010, India has not been using One China policy in its official statements and documents but as China is refusing to abide by the agreements of the past, New Delhi too should start thinking afresh of its commitment to the recognition of Tibet as an Autonomous Region of China, the paper added.

In May, Taiwan also sent Covid 19 related medical assistance to India. “Taiwan’s deployment of medical supplies is testament to the close collaboration and partnership across multiple agencies on both sides,” the TECC had said in a statement.

Meanwhile, Japan, a member of the QUAD along with India, Australia and the US, in a shift of its Beijing policy, for the first time removed Taiwan from the map of China in the Defence of Japan white paper.

With the rapidly changing geopolitical contours, countries have aggressively started re-aligning and resetting their foreign policies.

“It is time India officially buries the One China policy and realign with other forces,” Agarwal said. (IANS)