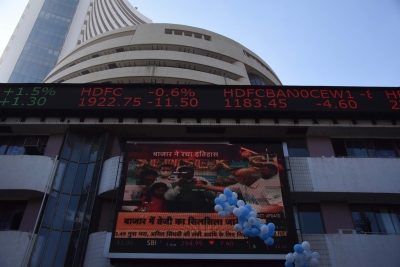 The across-the-board rise was led by banking, financial and metal stocks.

HDFC Securities’ Head of Retail Research Deepak Jasani said that a bounce in China’s tech sector led Asian stocks higher on Tuesday and investors were also cheered by easing worries about an imminent tapering of stimulus by the US Federal Reserve.

Kotak Securities’ Executive Vice President for Equity Technical Research Shrikant Chouhan said: “The texture of the pullback rally indicates the index is likely to consolidate between 16,500 to 16,720 levels. In addition, on the intraday chart, the index has formed a higher bottom formation which suggests further uptrend from the current levels.”

The top gainers on the Sensex were Bajaj Finserv, Tech Mahindra, and Tata Steel, while the major losers were Nestle India, HDFC, and Infosys. (IANS)

Boeing forecasts demand for 2,300 new aircraft in India over next 20 years