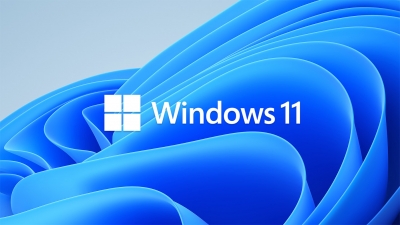 New Delhi– Microsoft on Tuesday announced that Windows 11 will launch on October 5, on existing PCs that are eligible for Windows 11 as well as new PCs with Windows 11 pre-installed.

“The free upgrade to Windows 11 will begin rolling out to eligible Windows 10 PCs and PCs that come pre-loaded with Windows 11 will start to become available for purchase. A new Windows experience, Windows 11, is designed to bring you closer to what you love,” the tech giant said in a statement.

The rollout of Windows 11 will take a measured and phased approach, just like previous Windows 10 feature updates.

A user can check for device’s update to Windows 11 post-October 5 by heading to Settings > Windows Update and select Check for updates.

Introduced in July, Windows 11 comes with a sleeker look and layouts for snapping applications to the screen, more detailed widgets, a revamped Microsoft Store, and support for Android apps.

Microsoft has already revealed basic requirements for running Windows 11 on a PC. It will need a processor that has two or more cores and a clock speed of 1GHz or higher along with 4GB RAM and at least 64GB storage.