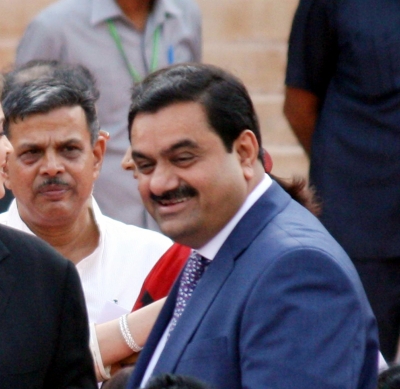 Speaking at a JP Morgan event, Adani said the group is already the world’s largest solar power player when we account for our generating, under construction, and contracted projects.

“We have done this in just two years and our Renewables Portfolio has reached our initial target of 25GW a full four years ahead of schedule. This puts us well on track to be the world’s largest renewable power generating company by 2030. This also opens up several new pathways for us including setting us up to be one of the largest green hydrogen producers in the world”, Adani said.

Adani announced that over 75 per cent of our planned capex until 2025 will be in green technologies. “We will triple our renewable power generation capacity over the next four years – from 21 per cent now to a high of 63 per cent. No company is building at this scale”, he added.

“Over the next 10 years, we will invest over 20 billion dollars across renewable energy generation, component manufacturing, transmission & distribution”, Adani said.

“In just the last eight years, we have acquired over 50 assets amounting to about 12 billion dollars. Every one of these has been successful and we have continued to get better at integrating the acquisitions we make. This is a rare capability we have built”, Adani said.

“We will not only scale the existing airport but also operationalize the Navi Mumbai International Airport by 2024. This airport will handle 80 million additional passengers. This coincides well with India becoming the world’s 3rd largest aviation market”, Adani said.

With regards to the Digital business, Adani said upcoming new businesses will include all of our digital-related ventures that now span Data Centres, Industrial Clouds, and the Adani Digital Labs.

“Earlier this year we established Adani Digital Labs as a part of Adani Enterprises to be able to provide a unified experience to all our end consumers. Today, our end consumer base is growing at 15 per cent. If we can onboard every consumer that is an Adani Consumer on our digital platform, we will potentially have over a billion consumers by 2030,” Adani said.

“I have very little doubt that every one of our own B2C businesses will be engagements driven on mobile platforms. Therefore, the consumer insights we will obtain through a unified platform will set us on the path to building our own SuperApp platform’, he added.